Home Entertainment Stanley Parable Ultra Deluxe — the smartest and stupidest game of the... 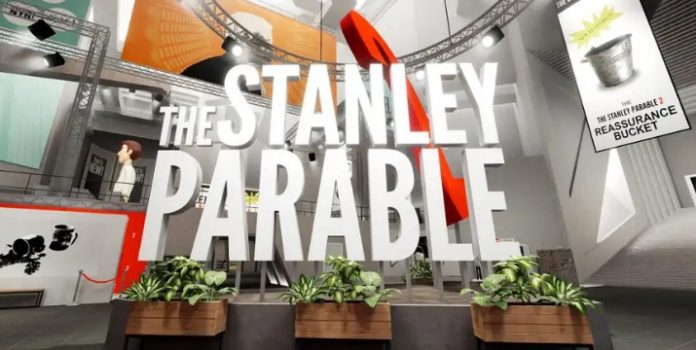 “Stanley’s Parable” was a cultural phenomenon. It was a sudden hit that turned the two main developers, William Pugh and Davey Vreden, into indie millionaires, almost separated them, and gave the impression that this was the end of the so-called indie apocalypse of the previous few years. But that was in 2013, almost ten years ago. Is The Stanley Parable, updated and heavily modified in the new Ultra Deluxe cross-platform version, relevant for a completely different gaming landscape? Does he still have that vital voice?

Well, he has a bucket. And after so many happy hours spent inventing every new ending, every secret room, every stupid secret, this bucket is more than enough to play it.

As much as it pains me to admit it, there is a high probability that someone is not familiar with the original Stanley Parable. Although it is not easy to sum up this game, it boils down to an extremely stupid, but often deeply philosophical treatise on the nature of choice. This is a game about games, about what it means to play a game, about the choice of narrative or its absence. And all this was conveyed by your attempts to submit or rebel against the exquisitely well-written monologues of the invisible narrator. And more importantly than all this chatter, it was very, very funny.

But will it still be funny in 2022? Will his jokes stand up to repetition? Is this update an attempt to make it even more modern? Do any of these questions matter?

That’s No Moon: New Studio Has CoD and Last of Us...