Home Entertainment Squirrel With a Gun is an upcoming Steam game created on the... 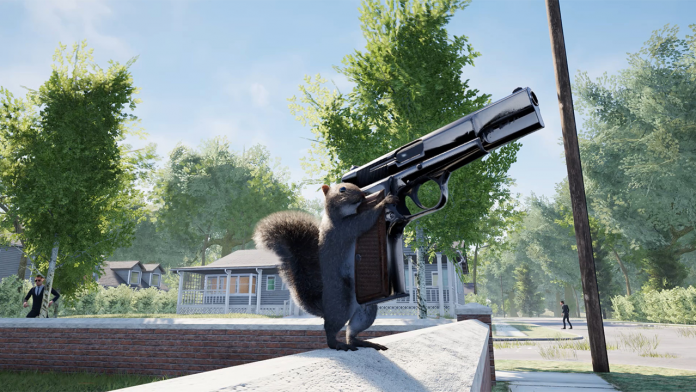 Squirrel With a Gun is an upcoming Steam game created on Unreal Engine 5 that has conquered the Internet because it features a squirrel with… well… a gun.

“Squirrel with a Gun” is being developed by Dan Deentremont, and early footage of the game shows the titular squirrel running around the city with a normal-sized weapon, chasing unsuspecting people and killing agents with various weapons.

The game will also allow you to parry attacks to disarm enemies, and use the recoil of weapons to fly through the air and cross large gaps that you would not be able to overcome alone with your squirrel skills. If you feel too naughty, you can even take away from the residents of your neighborhood their phones, cake and more.

The first trailer for Squirrels with a Gun also shows adorable hats and accessories that you can put on your furry friend with a gun, and puzzles in a secret lab that will reward you with a delicious nutty treat that looks digitally.

The genre of video games about animals causing chaos in the world seems to have a new rival who will one day join games such as Untitled Goose Game, Goat Simulator and others. As for when that day will be? DeEntremont currently says on the game’s Steam page that Squirrel With a Gun’s planned release date is “a good question.” This means that it may take some time before we can become this legendary rodent.

Hello everyone. Finally, I cut the trailer for “Squirrel with a Gun” on Steam!

To learn more about the animal world, check out our list of the top 10 dogs in video games and find out how pigs can play games using their muzzles.