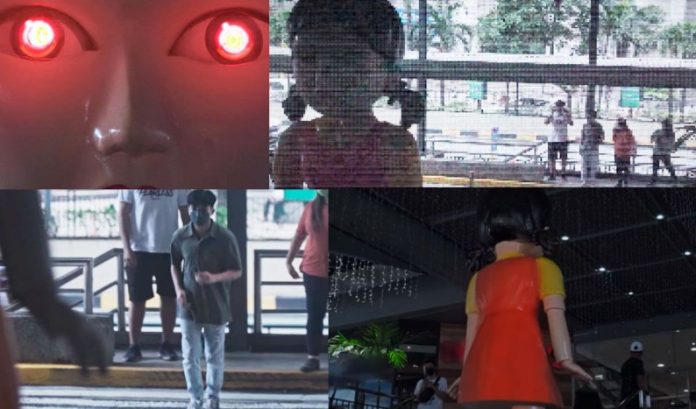 Reality exceeds fiction. Before the fury of The Squid game or Squid Game, they have imitated the terrifying ‘Green light, red light’ in real life.

Not only has the Squid Game become the most-watched Korean series in the world, but the story behind it and its impact on society also continue to draw public attention. On this occasion, the game ‘Green light, red light’ that appears at the beginning of the South Korean Netflix production (from the director and screenwriter Hwang Dong Hyuk) was made in real life and went viral.

According to the K-drama of the streaming platform, in chapter 1 we can see a terrifying doll that becomes the protagonist of the first children’s game. When she finishes saying her phrase, she turns around and the participants should not move but are automatically eliminated.

This chilling moment in Squid Game was made in real life, according to a video posted by the same Netflix account.

In the video that went viral you can see a busy street, specifically they focus on the pedestrian pass and a doll located next to the traffic light. People pass calmly when they mark green and the terrifying phrase is heard intoned to the doll.

From one moment to the next, when the traffic light turns red and a passerby tries to cross, despite the signs, the Squid Game doll turns and points its red eyes at the person.

With a loudspeaker you can hear that “he will eliminate the young man in a T-shirt “, at this warning, the person recoils in fear amid the murmurs of frightened passers-by.

This viral video is part of the long list of commercials that Netflix has launched for the South Korean series , Squid Game or The Squid Game.

What is The Squid Game?

It is one of the Korean television series that has triumphed all over the world. The success of Squid Game has placed it at number 1 in several countries such as: Peru, United States, Mexico, Colombia, Japan, South Korea , among others.

The Squid Game is about a survival contest where the jackpot is $ 40 million and will be won when all participants have died and only one is left standing.

What does the doll sing from The Squid Game in Korean?

This song could be translated into our language something like: “The cherry blossom has blossomed.”

Watch the trailer for Squid game . Remember that you can enjoy the 9 chapters of The Squid Game on Netflix complete and with Spanish subtitles.