Home Entertainment Squid Game Turns Into a Netflix Reality Show With One of the... 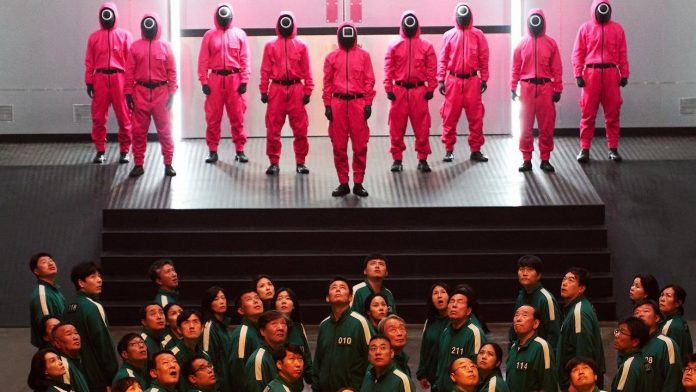 Netflix is turning Squid Game, its dystopian drama about debtor prisoners who are forced to play children’s games under threat of death, into a real reality show. Why not?

Today, Netflix announced that it is recruiting 456 real players in Squid Game: The Challenge, a new reality show in which participants will play games for a hefty prize of $ 4.56 million – one of the largest in the history of game shows. The competition will include a series of challenges inspired by the original show, as well as “unexpected new additions” that encourage players to form alliances and use unique strategies to win.

Netflix, of course, cautiously mentions that in Squid Game: The Challenge “the worst fate is to return home empty—handed.”

Do you want to play a game? Log in to join Squid Game: The Challenge on https://t.co/MaXfZnqmvb pic.twitter.com/6gYLXlplDC

Squid Game: The Challenge is currently recruiting players on the site SquadGameCasting.com , and English-speaking participants from any part of the world can apply. The series will last 10 episodes.

The reality show news is part of a series of recent Squid Game announcements, including confirmation that the series will indeed return for a second season. Originally released in 2021, Squid Game has become one of Netflix’s biggest hits ever, with our review calling it “one of the most unique things you’ll be watching this year—and maybe ever.”

It was so big that Squid game creator Dong Hyuk Hwan is reportedly working on a satire about its sudden success called “The Best Show on the Planet.”

Anyway, Squid Game continues to be huge, and pretty soon 456 lucky (or unlucky) participants will be able to see for themselves what it’s like to play this game.