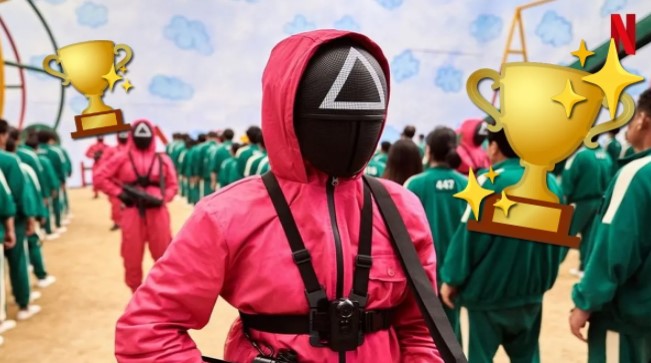 There is no doubt that Squid Game was one of the series that marked in 2021, that is why it has opened a passage in more than one award that recognizes its potential and popularity.

Since its premiere on Netflix, this production became a phenomenon within the platform, reaching a large number of users around the world who enjoyed its episodes quickly.

Likewise, The Squid Game became a constant topic on social networks, which motivated many others to follow the suspenseful story until the end. It is a resounding success that impacted the international recognition of cast members and Korean productions, so the eyes of the world do not stray from the plot.

While we look forward to the second season of Squid Game, K-Drama has already been featured in nominations and awards that recognize the best of the series throughout the year, which is why they have just received a new recognition.

The awards ceremony also known as the AFI Awards celebrated a new edition of its delivery, this event recognizes American television programs and films, but also gives special recognition to productions that may not meet this requirement.

In response to the impact of Squid Game and the good reviews it received since its premiere, the Korean series won this Special Award and stood out because this time it was the only foreign show that was awarded.

The Korean drama became one of the most watched shows on Netflix and topped the Top of the platform as soon as the episodes were released for different countries. After that, the Instagram accounts of the actors that make up the cast increased their followers surprisingly and the new projects did not take long to arrive for each of them.

The Squid Game was part of this year’s Gotham Awards and also received nominations for the Critics Choice Awards, so the production could continue to garner awards wins.

Another Korean series that is successful on Netflix is ​​Hellbound, answer a fun test to find out if you would be part of the world of this production or if you would be in Squid Game.