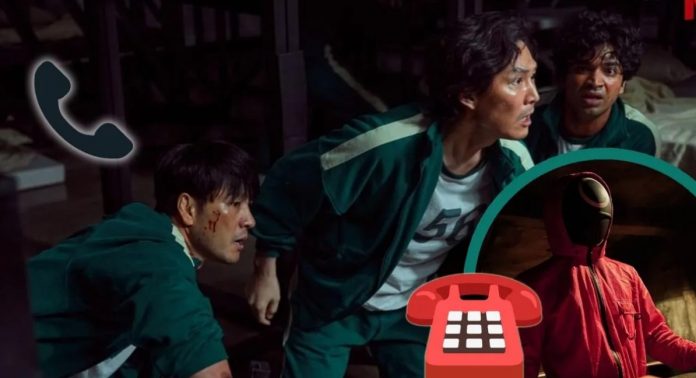 The Squid Game number is real and everyone wants to try their luck just like in the K-Drama. The series of the moment on Netflix is ​​Squid Game and it seems that more than one curious fan has followed in the footsteps of the characters who join the game within the Korean suspense drama.

If you already saw this production, you will remember how it all started, a man with serious financial problems receives the opportunity to join a competition with a children’s theme and to confirm that it will be part of The Squid Game, he only has to call a phone number.

Cards like the one received by the protagonist of the series have already taken over the internet as part of the memes that were born from his story, but the impact of this article did not stop there.

In the drama , the number present on the card is completely shown and of course several fans have tried to dial to find out who the mysterious code contacts them, what happened?

THE SQUID GAME NUMBER IS REAL

It turns out that although the phone number was not censored, it was not investigated as to its veracity before putting it in the film, but this number is real and belongs to someone in South Korea who has been using it for years for their personal use.

This person has been receiving calls every day, but it is not one or two, but thousands of numbers that constantly try to contact him causing even his mobile equipment to start to fail.

The owner of the phone number has already contacted Netflix and the producer to file a complaint and although they said they would try to resolve it quickly, many are already imagining the compensation they will receive for the bad time they have put them through. UPS!

Better Call Saul, Season 6: Trailer Predicts Who will be the...

Round 6: Man Is Sentenced To Death For Taking Series To...