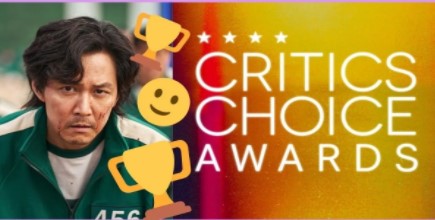 Squid Game and Lee Jung Jae have earned multiple Critics’ Choice Awards 2022 nominations for their tremendous success on Netflix, the quality of the production, and the performances of their cast. What prizes could they win?

The Squid Game or Squid Game has been placed as one of the most successful and watched Korean series of 2021, being a phenomenon in views within the Netflix streaming platform, gaining valuable accolades.

At the end of the year the award ceremonies are approaching and Squid Game has appeared among the winners or possible kings of the industry, as in the Critics’ Choice Awards 2022, where they received various nominations.

The annual Film Critics Awards ceremony is responsible for recognizing the best of series and films, leading entertainment critics from the United States and other countries come together to highlight the best productions in 2021.

The Squid Game took 3 nominations for the Critics’ Choice Awards 2022 in the categories:

In the shortlist for Best Actor, Lee Jung Jae will compete with other industry greats such as: Sterling K. Brown with This Is Us, Mike Colter with Evil, Bill Porter with Pose, Brian Cox and Jeremy Strong with Succession.

While in the category of Best Dramatic Series and Best Foreign Language Series it will face: Evil, Pose, Succession, Yellowjackets, Lupine, Money Heist and many more, so a very intense awards ceremony is expected.

The 2022 Film Critics Awards are held on January 9, 2022, there are still no reports on the presence of the director or the cast at the event, so international fans await updates on the gala.