Home Entertainment Squid Game on Netflix: what does the title of the Korean series... 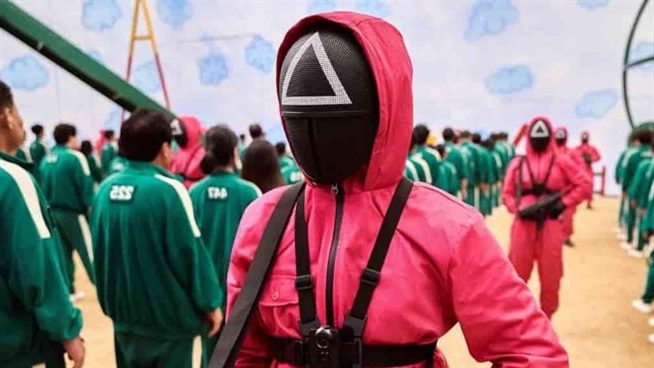 What does the title of the Korean drama “Squid Game” (available on Netflix), which has become the most watched series in the world this weekend, mean? This weekend, the new original Netflix production Squid Game made history by becoming the very first Korean series to dominate the top 10 views of the streaming platform! A success which further confirms the public’s appeal for programs originating from the Land of the Morning Calm.

Squid Game follows the fate of several debt-ridden characters; contacted by a strange organization to participate in games and hope to win a huge sum of money, they discover that an elimination will result in their execution. Survival then takes a different turn for the different participants of the game …

But what exactly does the title of the series mean? Squid Game (in French, “the game of the squid”) refers to a game played by young Korean children in the 70s. Geometric shapes representing the shape of a squid are drawn on the ground (square, triangle, circle). ); the game is over when one of the attackers enters the circular area. As for the defenders, their mission is to get their opponents out of the playing area.

Playing both on the tactical spirit of its players but also on their physical strength, the game of the squid does not refer to any French equivalent. It was because of this extreme competitive aspect that series creator Hwang Dong Hyeo deemed the Squid Game to be the ideal symbol for social satire.

The Korean series Squid Game can be found now in full only on Netflix.

Zayn Malik chooses his favorite in 1D, who is the best...

Arcane act 2: When And At What Time Will The New...