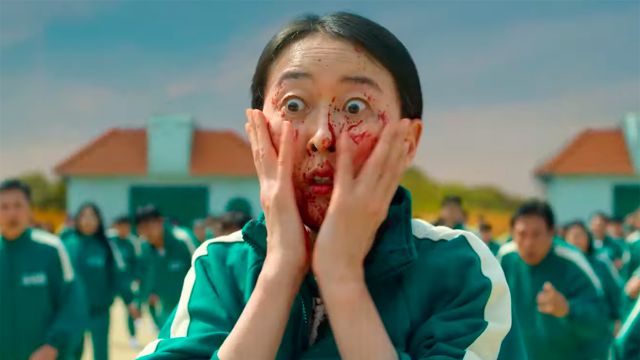 Squid Game: The streaming platform series causes excessive use of Internet traffic in its home country and provider SK Broadband is not happy. The squid game, Netflix’s new sensation at the level of popularity around the world, continues to generate all kinds of effects at the most unsuspected levels. So much so, that a provider in South Korea has sued the streaming platform for causing excessive use of the Internet. This is collected by Reuters, ensuring that the SK Broadband company has filed a lawsuit against Netflix for the excessive use of network traffic.

Thus, the company SK Broadband ensures that the series The Squid Game is causing excessive use of the network, so they consider that Netflix should pay an extra fee to compensate for the increased costs of the service, both for use as for its maintenance. So much so, that the demand collects data that indicate that Internet traffic has multiplied by 24 since May 2018, reaching its historical peak with the launch of The Squid Game.

Even so, it is not the first time that Netflix has faced a lawsuit of this type, although until now it has defended itself claiming that its function is to offer content to its subscribers and not to provide an Internet connection. However, in June there was already a ruling against it, forcing the platform to offer “something” in exchange for using the Internet as a means of distribution.

However, Netflix does not take the lawsuit lightly and ensures that it will assess SK Broadband’s requests so that its customers are not affected in any way. Still, defense attorneys use the principle of net neutrality to defend their position. We will see how this matter ends and if it opens the door to new similar demands in different countries.

Far Side and Dennis the Menace have Swapped Headlines, Create a...

Funimation (Sony) Completes The Purchase Of Crunchyroll, The Anime Service