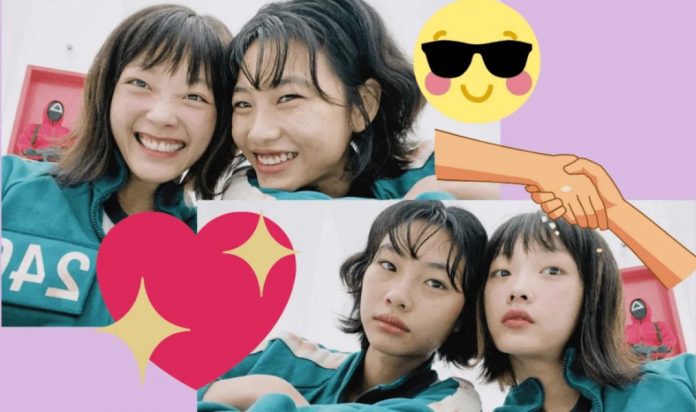 What was one of your favorite friendships in The Squid Game? Fans loved the chemistry between Jung Hoyeon and Lee Yoo Mi.

Beyond the screen, Jung Hoyeon and Lee Yoo Mi from Squid Game maintain a very close friendship relationship, one of the actresses talked about her chemistry with the Korean star. Why are they so close?

Perhaps one of the most heartbreaking games in the Squid Game is Marbles, where Sae Byeok (Jung Hoyeon) and Ji Yeong (Lee Yoo Mi) grew closer and at the same time said goodbye in an unforgettable way. : ‘(

Jung Hoyeon and Lee Yoo Mi captured the attention of fans for their sister relationship during the drama , although the duo appeared in just a few chapters, their moments together became favorites.

But how is the relationship of both celebrities from The Squid Game in real life? In a recent interview, Jung Hoyeon revealed the things that brought her closer to her partner and her happiness in working with her.

The super model assured that Lee Yoo Mi was the first person she read the script of The Squid Game with, she was a little nervous and both shared their feelings, did Jung Hoyeon get any advice?

Lee Yoo Mi has more acting experience than Jung Hoyeon and being the same age, the star who brought Sae Byeok to life had a lot of confidence in her friend, so things flowed naturally before, during and after recordings .

She accepted me very well.

Jung Hoyeon shared her doubts and some concerns with her colleague so that her performance in the Netflix drama would be more real, she listened to her and resolved her doubts, they also prepared their scenes together:

I think I am very lucky to meet a friend as my first acting partner.

Both stole the hearts of viewers from all over the world, let’s hope the surprises they have for us in the coming years, will they share the screen again? What did you think of the friendship of the cast of Squid Gamen?