Home Entertainment Squid Game Had The Best Chemistry On Set, How Did The Cast... 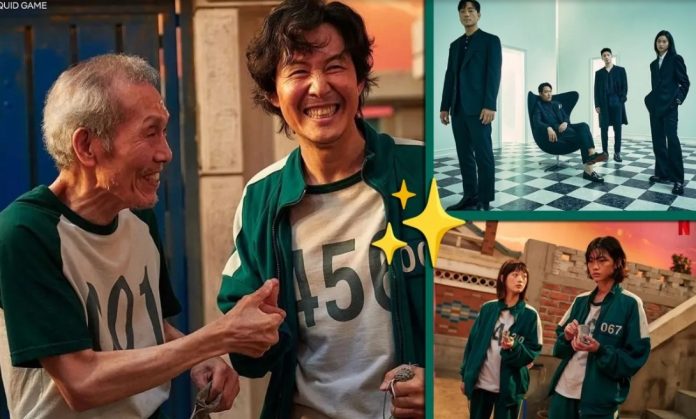 Netflix drama The Squid Game had a fascinating cast and an amazing connection. Have you already seen the Squid Game series? We can’t deny that the actors did a great job and best of all, they had an incredible time filming every episode.

As friends, enemies and even showing some false facets, this is how we met the characters of The Squid Game . However, beyond what their roles indicated in the script, several of the actors created a valuable chemistry that allowed them to develop brilliantly on set.

Actor Lee Jung Jae was in charge of starring in this K-Drama and gave life to Gi Hun, a man who even in a difficult situation tried to help and foster the union to achieve success. This Korean celeb revealed what it was like to shoot Squid Game and which actors he created a prominent connection with.

One of the actors with whom he worked the most for this series was Park Hae Soo and he acknowledged that it was he who was in charge of keeping the good mood and a pleasant mood on set. The reason is that he has a very good personality and made everyone happy, so it didn’t matter if the weather was good or bad, it was always great to work alongside him.

On the other hand, he also stressed that although since the beginning of his career he has coincided with Lee Byung Hun they finally managed to work together and the experience was so pleasant that both showed their interest in meeting again in another project.

These stars managed to get along very well through Squid Game and that was certainly reflected in front of cameras, as they all did a fascinating job.

What are secret wars? Explanation of the name “Avengers 6”

90-day Groom: the loudest news from the franchise (week of July...