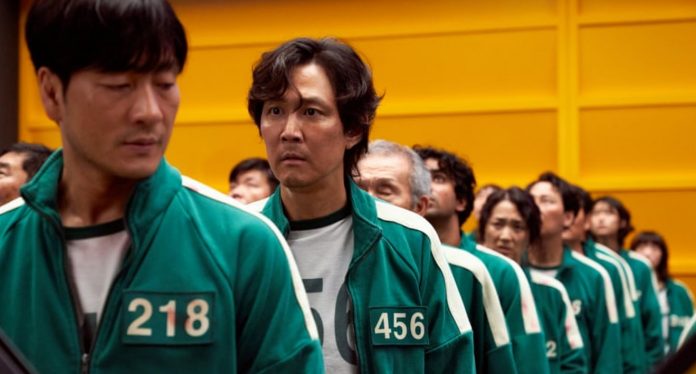 Everyone is talking about the Korean Squid Game, which has emerged as the new (unexpected) success of Netflix. What do you need to know before watching the groundbreaking series?

Certainly in our childhood and youth, we have all played many different games . Some easier, some more difficult, and some more. Dangerous. In the new Netflix hit series, Squid Game , the games belong to the third category as if you lose… you die.

Those who watched the series, however, lost absolutely nothing and quickly ranked it globally at number one of the ten best series hosted by Netflix this season. Not just for one day though. Since its release on September 17, the series has been permanently at the top of the platform ‘s most popular series, and does not appear to be coming down from there any time soon.

Netflix itself may not have expected it to be so successful, but it is indeed a riveting series that is definitely worth a look on your watchlist.

What is Squid Game?

But what happens in Squid Game and everyone talks about the best Korean drama-thriller , with intense scenes, macabre thoughts and many messages for real life?

In short, Squid Game combines Hunger Games with Kill Bill . Hundreds of people struggling with serious financial problems receive a strange invitation, which invites them to take part in some akaka, as they believe, children’s toys . The prize of the winner is more than tempting, but the punishment of the loser is somewhat. Deadly . The fatal and dangerous invitation will be accepted by 456 people , who choose to risk and claim the winner’s $ 38.5 million.

The players come from different social groups, with different backgrounds and nothing in common to unite them, other than poverty and their shipwrecked lives. A mysterious man, played by the famous Korean actor Gong Yoo , promises to put an end to these problems , introducing the unhappy players to a dystopian world , which will make us question for a while what we consider to be reality.

The rules; Simple. If you win you get money, if you lose and you want to give it up you die, but not only because of the game. This is where the problems begin, as the creator of the series, with enough wisdom as we will understand, did not put an alien monster or a robot that thirsts for blood to do harm to the series. The danger is exactly the same as ours, and he tries to survive, but by stepping on corpses , sometimes literally.

An imaginary dystopia or a reality?

And where you say people can not be so bad, selfish and raw, the end comes, which finally simply confirms that it really is, and the optimism that you had before, has just disappeared.

Of course, this is not a bad thing, because many times it may take an exaggerated dystopia to see globally the negative effects of competition and the impersonal society in which we live.

According to its creator, Hwang Dong-hyuk, it is simply an “allegory of modern capitalist society, which depicts the extreme competition of life. But I wanted to use as characters people we have all met in real life. The games I have chosen are extremely easy and understandable, so that the viewer can focus on the characters – rather than trying to interpret the rules “. But this series does more than that. It accurately depicts how far a person can go when struggling to survive.

The players and characters that will concern us

What you need to know before watching Squid Game

The new unexpected success of Netflix

The creator of the series himself, when asked about a possible second season, said: “I have not developed plans for a Squid Game 2. It is a very tedious process just to think about it. But if I did, I certainly would not do it alone, “he said, adding that he would hire a large team of screenwriters.

Hwang Dong-hyuk himself probably could not stand the dystopia he created and will seek help if he had to revisit it, as it is indeed unpleasant to quote the disastrous results of an “impersonal, competitive and extreme capitalist society” such as the one described. the creator. But the most unpleasant thing, in the end, is to realize that such a thing is not far from reality.

The Squid Game , however, has already begun to find a position in the lists of the most successful lines of Netflix, without being even close to a month of traffic. According to the program manager of the popular streaming platform, Ted Sarantos , they themselves did not expect that this series would reach the top. But the result belied them, and Squid Game is expected to become one of Netflix ‘s most successful series in 2021.