Home Entertainment Squid Game: Cast Faced The Dalgona Challenge, Did They Beat It? 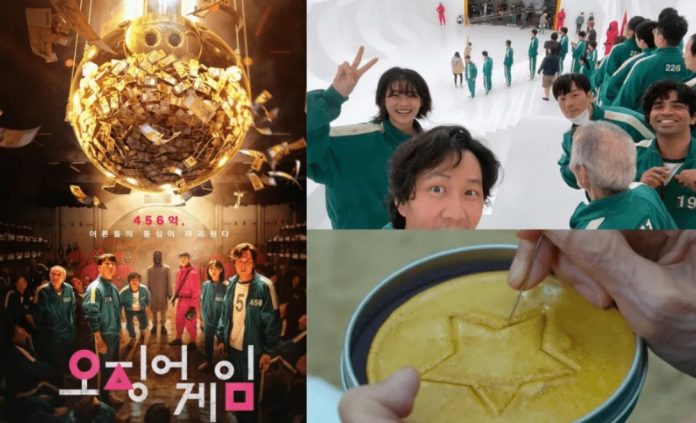 How good are the actors of The Squid Game at taking on the challenges of the Netflix drama? Know their abilities. One of the things that Squid Game left us was the fun Dalgona Challenge, which made many netizens pass their luck with this typical Korean sweet, but is the cast of the drama as good for the test as its characters?

The Squid Game became the latest Netflix sensation with a story about a game in which participants bet their future to win a millionaire sum of money, will that amount be worth their life?

One of the challenges that took over social networks was the one inspired by Dalgona , which is a sweet in the shape of a cookie made of sugar and bicarbonate, before it hardens a figure is marked and the fun of this is to take the form without to break.

Squid Game generated thousands of reactions online and fans created the Dalgona Challenge , some found a skill they did not know and others failed, but how good are the actors of the Korean series in real life to pass this test?

To the set they brought an expert who made the sweets and while they tried to separate the figure from the rest of the cookie, they asked the actors if they now feel the popularity of the drama , they concluded that it was very impressive to see the new numbers of followers on Instagram and tokens of love from all over the world.

They also shared some experiences during the recordings, their good chemistry as the main cast of the series and also the good atmosphere that was lived in each moment despite the tension of the story.

Wi Ha Joon was about to finish the Dalgona Challenge victorious, but his figure was broken, as did Heo Sung Tae, Jung Hoyeon, Anupam Tripathi, Kim Joo Ryoung and Anupam Tripathi, but the tests did not end at that time, as the cast had some penalties for not exceeding the challenge.

They recreated a circle, triangle and square with their bodies, as well as dancing for 30 seconds without music and wearing a fun squid mask, while explaining the meaning of Squid Game to them.