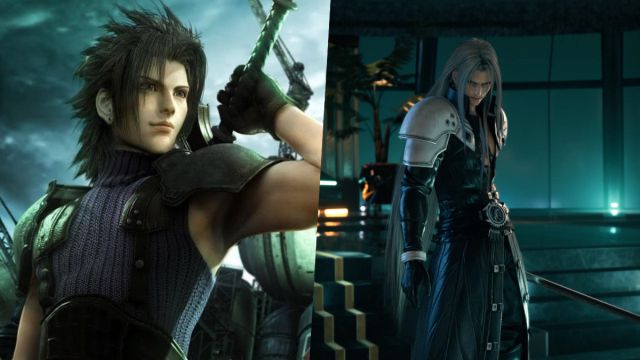 The Japanese company will be present at the concert dedicated to the game, where there will be a panel in which the developers will talk about the title.

Final Fantasy VII Remake has not had its last word. Square Enix has conceived it as a long-term project, so it will reimagine the original by releasing several installments. Beyond the fact that the second part is already under development, the Japanese company has barely offered clues about what we can enjoy in the future. However, as Gematsu published, the Japanese company registered the Ever Crisis and The First Soldier trademarks in Japan, Europe, Canada, etc. Now it has also done so in the United States.

You can only guess right now. The name Ever Crisis is reminiscent of Before Crisis and Crisis Core, titles from the old Final Fantasy VII compilation. On the other hand, The First Soldier can be linked Sephiroth. Square Enix also registered the logo of Shinra, the all-powerful fictional company that in the game universe is absorbing the planet’s energy using Mako reactors. The Isle Dragon Roars is another of the movements that have been detected in relation to the registration of trademarks.

Motomu Toriyama, co-director of Final Fantasy VII Remake, recently participated in a video to promote FFVII Orchestra, the concert in which the main themes of the game’s soundtrack will be performed. The creative confirmed that there will be a presentation in which they will talk about the product. However, there has been some confusion, as the first translations pointed to a possible announcement. Actually, Toriyama was only pointing out that they were going to talk about the game itself. That does not mean that nothing new is revealed, but it is not what the director said in his words.

Final Fantasy VII Remake went on sale on April 10 exclusively for PS4. The exclusivity period will end one year after its launch.