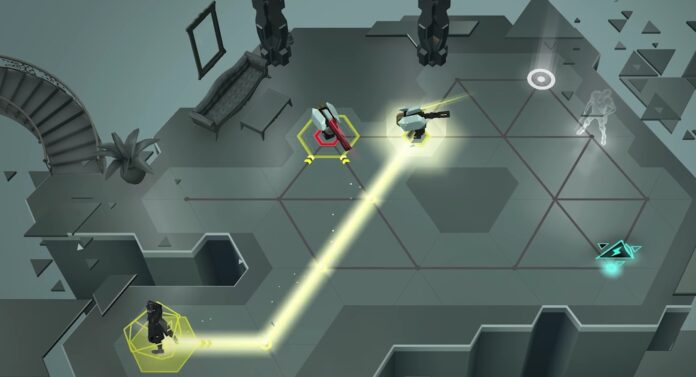 Deus Ex GO, the mobile version of Deus Ex, one of the rooted game series of Square Enix, has been offered for free for both iOS and Android for a short time. The game provides an entertaining puzzle experience in general terms.

Square Enix, one of the important names in the video game industry, has signed dozens of important projects to date. Deus Ex was one of the game series offered by the company to the fans. Square Enix has managed to drag millions of gamers after the series it has developed since 2000. Moreover, the company did not only offer this game series to computers and game consoles, but also released a game called “Deus Ex GO” for smart phones.

Deus Ex GO, developed by Square Enix for smartphones, was launched in 2016. The game, prepared for Android, iOS and Windows 10 Mobile, was sold for a certain fee in general, although it had some discounts from time to time. Now the team has begun to offer its popular mobile game for free for Android and iOS platforms for a short time.

Deus Ex GO is a turn-based puzzle game. You will try to overcome the obstacles and solve all the mysteries in this game in which you will play Adam Jensen, who is known by Square Enix fans. The game promises a fun experience with its graphics and general gameplay mechanics as well as having brain training.

Deus Ex GO, launched by Square Enix for smart phones, was sold for 43 TL in the Google Play Store and 35 TL in the App Store. The new campaign, however, makes Deus Ex GO free for a short time. Thus, mobile gamers will be able to have this fun game on both platforms without any payment.

BTS REVEALS HOW THE TESTS WERE FOR MOMS 2019

Sakuna: Of Rice and Ruin will come to Spain

Stray Kids is back with Back Door, their new MV