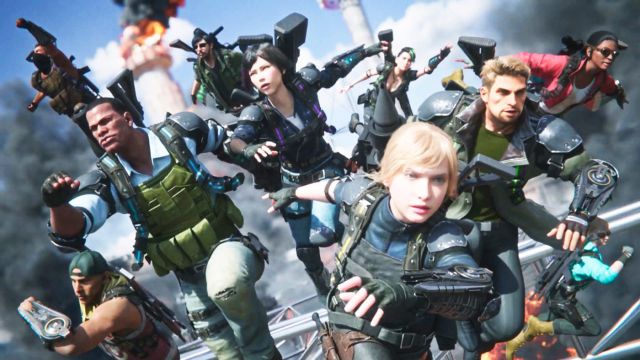 The Square Enix Presents event has unveiled two new projects for the mobile market with two of the company’s most powerful franchises.

Square Enix has presented two new video games for the mobile market as part of its recent Square Enix Presents digital event, two titles belonging to two of its best-known and most successful sagas. These are Just Cause: Mobile and Hitman Sniper Assassins, both scheduled for this same 2021 on dates yet to be specified. The arrival of these two new bets for the iOS and Android ecosystems are added to the recently presented Final Fantasy VII: Ever Crisis and Final Fantasy VII: The First Soldier, thus demonstrating the great interest of the Japanese company in mobile games.

Available this 2021 for iOS and Android

Thus, Just Cause: Mobile aims to bring the already classic unbridled open world action of its different desktop installments to the mobile format through a frantic large open world action game divided into three zones, with a good handful of missions to complete. either alone or in the company of other players. So much so, that the cinematic trailer of the game that heads this news already offers us a look at the game formula that Square Enix intends to achieve, with special attention to online games and the most absolute chaos based on shots and explosions.

As part of Firebrand, a new division of the Agency, you will have to customize your own character to face the threat of Darkwater, a group of highly trained mercenaries. At the moment it does not have a release date, although it is expected by the end of the year. For its part, Hitman Sniper Assassins will arrive as a new installment of the Agent 47 saga for mobile phones after other previous titles such as Hitman Sniper or Hitman GO. For now it has no definitive name and is being developed by Square Enix Montreal; This new game proposes us to be part of a clan of murderers with an important objective to murder. At the moment it does not have an estimated date beyond this 2021.

We are playing LoL: Wild Rift! Check out the mobile version