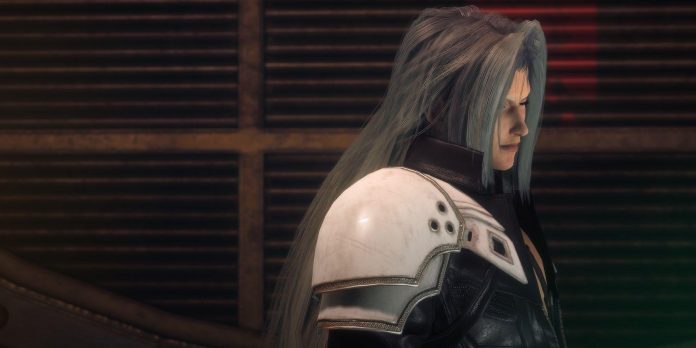 The next major chapter in Square Enix’s attempt to rebuild and completely remake Final Fantasy 7 has now been announced as a PlayStation 5 exclusive, and there doesn’t seem to be a PC or Xbox release expected at this time. While this may be a controversial way to launch such a high-profile game, it’s actually OK for Square Enix, since the game’s predecessor came to PC only later.
However, this time Square Enix shared its rationale that Final Fantasy 7 Rebirth will be exclusive to PlayStation 5, and this implies potentially interesting things for fans of the series. The reasoning also suggests that a PC version may still appear in the future, although in fact this does not seem to be paramount for the publisher.
RELATED: Final Fantasy 7 Rebirth regions will not be displayed in the same order as in the original
Namely, according to Square Enix, the second chapter of the Final Fantasy 7 remake trilogy will be a big, branched game, and the team believed they would have to use powerful PlayStation 5 hardware to make it as good as it needed to be. to be. SSD, in particular, is mentioned as a major advantage because it significantly reduces the loading time of games across the board, and Square Enix called the download an “extreme bottleneck” in this particular case. However, this does not confirm the presence of open world elements, as Square Enix has not yet commented on the rumors about their presence.
Being a strange hybrid of a remake and a new story, it is still unclear what the FF7 Rebirth subtitle refers to. Square Enix is certainly developing this chapter of Final Fantasy 7 in its own direction, so it is quite possible that the developers have prepared some interesting surprises for the players. Thanks to the powerful PlayStation 5 hardware, Square Enix will have the opportunity to push its game engine further than ever before and emphasize that Rebirth is an important part of rethinking the legendary game.
Given Square Enix’s explanation of the problem in question, several assumptions can be made about the game. Firstly, mentioned above: Rebirth is a fairly large and open game with potential dedicated open world features. Secondly, on the other hand, if the game ever appears on a PC, which is not confirmed, but it makes sense, given the Steam port of Final Fantasy 7 Remake, its minimum system requirements may indeed include a real SSD.
Whether this will eventually be the case or not, no one can guess at the moment. The important point is that Square Enix believes that launching FF7 Rebirth on other platforms won’t necessarily be that great, and that the publisher is currently focusing its efforts exclusively on PlayStation 5. Until more technical information is revealed, fans are already speculating about what some potentially exciting trailer details might mean. Final Fantasy 7 Rebirth.
Final Fantasy 7 Rebirth is in development for the PS5.

Adults on Twitter are roasting young fans of the TV series...