Home Entertainment Spy x Family: What to expect in the second season, according to... 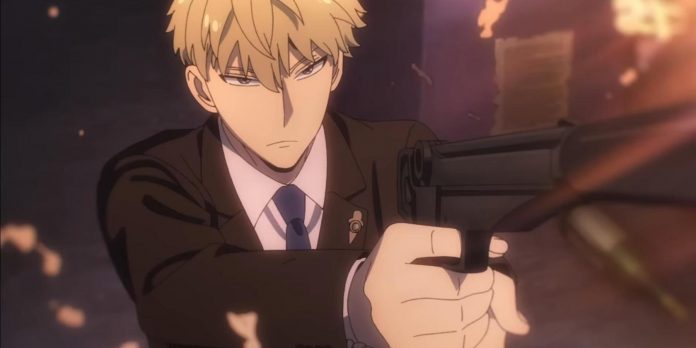 The first season of Spy x Family was well received during the anime season in spring 2022, and the second course has already been announced for October. The trailer has already been released, and the season ended with an exciting introduction of a new and incredibly important character. Fortunately, since the anime faithfully follows the manga, what will happen in the second season should be easy to predict.

Spy X Family is a comedy spy anime based on the manga written by Tatsuya Endo, and is currently serialized in Shounen Jump. It tells about the daily adventures of a spy under the pseudonym Loid Forger, who, in order to merge with the public during an important mission, has to pretend that he has a family. He achieves this by adopting a young girl named Anya, who is secretly an esper, and quickly marrying Yora Briar, a city hall clerk who is a professional killer at night. The personalities of all are hidden from each other, except for Anya, who can read minds and therefore knows the true thoughts and intentions of everyone. The first season of the anime ended after thirteen episodes, and since then its popularity has only grown. The manga also shows no signs of ending soon, and if the anime continues to adapt about the same number of chapters each season, there should be at least a couple more seasons in the future of the franchise.

The official anime trailer lasts less than a minute, but confirms the elements and storylines of the manga. Firstly, the continuation of the Doggy Crisis arch has been confirmed, but more on that later. Most of the trailer is a crisis part of the “Dog Crisis” arc, in which a terrorist group led by Keith Kepler, the main antagonist of this particular arch. Keith Kepler is the leader of a terrorist organization from the University of Berlin who wants to put an end to Vestalis by killing Minister Brantz and starting a war between them and Ostania.

More of the doggy part of the Doggy Crisis arc will also be considered, as the anime adaptation did not skimp on elements from life in the series. The forgers adopt a dog named Bond, as in the Bondman from Anya’s favorite TV series, which, like Anya, was an experiment that was abandoned, foreshadowing more of the world in which our characters live. Bond can glimpse into the future, and as Anya can read minds, she can also see these glimpses through Bond.

An in-depth look at the Arch of the Dog Crisis

Part of the Doggy Crisis arc is covered in the second half of the first season, which aired this spring. The official arc begins when Loyd, worried that Anya won’t be able to get the Stella Star through her studies, takes Anya to earn the Stella Star through community service. This is, of course, when Anya repeatedly failed in many public works. She finds a boy drowning in a physiotherapy pool and jumps after him, although she can’t swim, Loyd swims after her and saves them both. Since Anya found him and tried to save him despite her swimming skills, she gets a Stella Star for heroism instead.

After that, only fragments of the arch appeared at the end of the anime. To reward Anya for her bravery, Loyd and Yor decide to get a dog for Anya. In the last few episodes of the anime, we catch a glimpse of Bond, a furry big dog later adopted by the Forgers, however we will discuss him later when the family adopts him. While the family is looking for their dog, terrorists from the University of Berlin begin collecting dogs to transport bombs to start the coveted war against Vestalis and Ostania.

Loyd disguises himself as one of these terrorists, Keith Kepler, in order to get information about the plot from another participant. While Loyd is doing this, Yor and Anya go to the adoption fair and briefly encounter Bond, who has a brief telepathic connection with Anya, which forces him to look into the future, where he is with all three Forgers. Anya then follows this dog, with whom she is telepathically connected, and follows him straight to the terrorist’s hideout, where she is caught spying.

Bond ends up protecting Anya when the terrorists mention that they pulled her out and took her to a safe place. When Yor goes in search of Anya, she finds her on Bond’s back when they are attacked by terrorists again. Yor kills the member who is chasing Anya and reports the incident to the police. Anya reads Bond’s mind and watches his vision of Loyd’s explosion and the assassination of Minister Brantz, which causes Anya and Bond to rush to prevent the explosion.

Although Loyd goes after the bomb with other WISE agents, Anya and Bond reach the bomb before he does.

Hades and Psychonauts 2, among the games coming to Xbox Game...

JoJo Siwa Talks About Her Crush With This TikToker