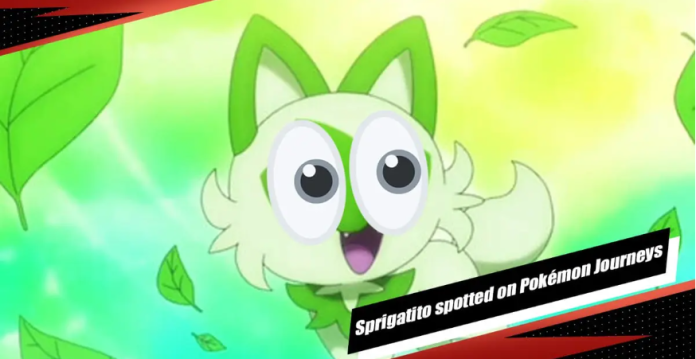 Sprigatito makes his debut in episode 132 of Pokémon Journeys. Pokemon Scarlet and Violet share a possible future of a long-running show.

In the latest episode of Pokémon Journeys titled “Project Mew”, the Team Rocket segment at the end shares a unique preview of what will be on the show. Sprigatito debuts in Pokémon Journeys, while Jesse, James, Meowt and Wobbafet roam the Paldea. With their usual loud antics, they scare the Pokemon in the forest, and he runs away to evade the group.

The grass starter Pokémon Scarlet and Violet is likely to be a teaser of what will happen with the likely appearance of Quaxly and Fuecoco from the Paldea region. After the release of the 131st episode, in which Ash finally received the title “Monarch”, there were rumors that the end of the Pokémon Journeys show was approaching, since the title of the 135th episode was “Pokemon! I’m glad I met you!!”. This opens the book again for all fans of the show, given the appearance of Sprigatito.

What do you think will happen next in Pokémon Journeys with this quick Pokemon Paldean cameo? Will we see the likes of Lechonk, Paumi and Serulej? Will we see the legendary heroes of the series “Scarlet and Purple” Corydon and Miraydon? Tune in to ClutchPoints Gaming to find out more news from the Pokemon world.

The Director of “Halloween ends” Talks About The Cancellation of The...