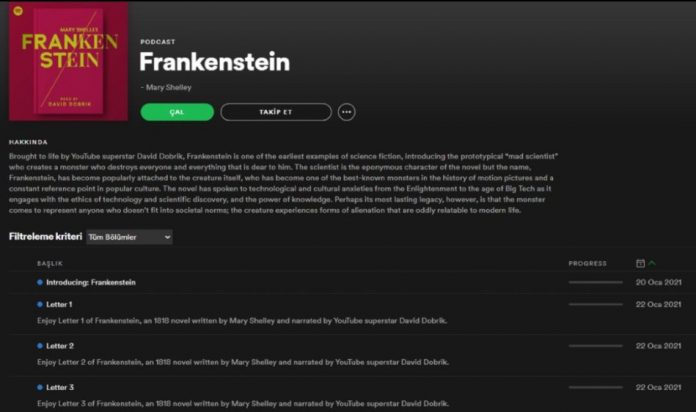 Swedish-based music platform Spotify has begun testing the audiobook feature as of this week. The company, which offers users 9 different works from classical literature, will make this feature permanent and start adding new works if successful.

Popular music platform Spotify started to experiment with Audiobooks on the platform last Monday. Although the company has not made an official statement yet, it has presented 9 different works from classical literature to users with the voices of successful masters.

Spotify not only provided audio versions of the works, but also included criticism of the works by the famous Harvard professor Glenda Carpio.

Spotify could be a new rival to Audible

The Swedish-based company shared the voiceovers of Harry Potter at Home on the platform last year, but could not have the impact it expected in the audiobook market. With a new initiative featuring 9 different titles, Spotify seems to rival Amazon’s audiobook platform Audible.

The new feature is offered directly to both Premium and free users. However, it is worth mentioning that this feature is still in the testing phase and it is not clear whether Spotify will make this feature permanent.

Samsung May Launch ARM Processor For Mobile Phones and Notebooks