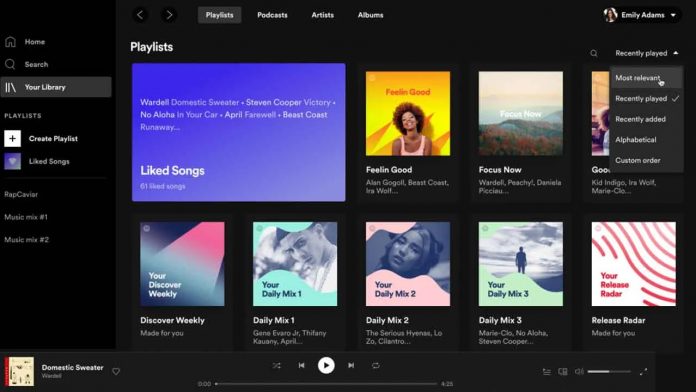 Spotify, which increases the number of active users every day, announced that it has made an important innovation today. Developers, who updated the web and desktop version of Spotify as a result of their work, started to offer users a new interface. This interface helps to reduce the differences Spotify users see between mobile devices and desktop devices and provide users with a better Spotify experience.

Spotify’s desktop and web versions have been compared to a mobile application. Thus, when users enter the desktop or web version of Spotify, they feel like they are using a much larger smartphone screen rather than a new application. This gives users a more fluid and knowing experience where they are.

Spotify’s revamped web and desktop version, here’s how it looks

Developers, who make the general appearance of the application more compact, have also done some work based on functionality. As part of these studies, engineers add new editing tools for playlists, thus enabling them to create playlists more easily than before.

“Lake Mungo” is one of the most reviewed (but least viewed)...

Terraria will be out on Stadia! Details