Home Entertainment Spotify Palette: How to create and share your Musical Color Palette 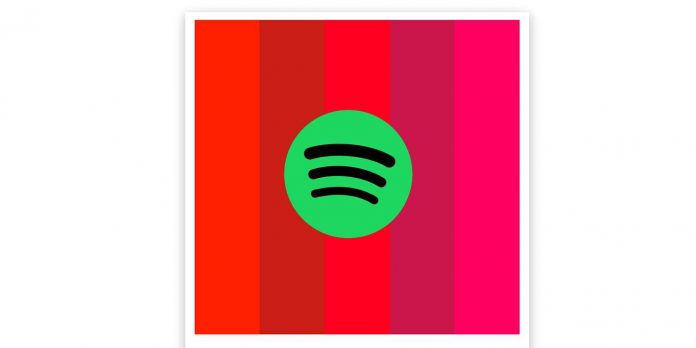 Another publicly available Spotify tool has been discovered in the wild, this time in the form of a Spotify palette. This data—driven Spotify add-on is a new way to share your music interests with Twitter and Facebook followers, but with an accessible, artistic bent. Best of all, it takes literally seconds to set up, decrypt and exchange data.

Spotify has officially launched dozens of small tools for sharing user profile data. Its algorithms are designed to create content based on user preferences, so implementing this functionality into viral posts on social networks was not difficult. The idea immediately caught fire, and years later Spotify practically owns at least one weekend a year, as users publish their end-of-year playlists and share them with subscribers.

Link: How to Get a Spotify pie Chart and Share it with others

More recently, Spotify has made user data available to third parties in order to integrate other features. This decision has led to unofficial features such as Spotify Palette, a system that classifies recent music listening habits by musical characteristics, with each characteristic assigned a color. As the name suggests, these colors are organized into a palette, creating a visually great way to represent listening choices. The system was developed by Israel Medina, who, according to the LinkedIn profile attached at the bottom of the Spotify Palette homepage, is a software developer.

How to create and use a Spotify palette

Getting access to the service is easy. When users go to the Spotify Palette website via a mobile device or desktop browser, they will see a login button. For those who are already logged into Spotify on the specified device, it should be a one-click login, but otherwise make sure you have the appropriate credentials. A few seconds after logging in, Palette does all the creation work… palettes… and provides several additional options.

Scrolling down will show a brief explanation of what these colors represent. For example, a person whose playlist is dominated by energetic melodies can be told that he has a red palette, because “red is the color of passion or desire, and can also be associated with energy.” Below this explanation there will also be several esoteric characteristics of the music used to build the palette, for example, “Average valence” or “Average Energy”.

A small “hamburger” icon on the screen opens a menu with three options. One leads to a list of songs from the last six months that have influenced the palette created. Each song is, of course, a link to open a track in Spotify and further verify the data. The second option is associated with an interesting artistic representation. The Spotify palette will show a collection of images or works of art from the Google Arts and Culture database with color schemes similar to the user’s palette. It’s as inexplicable as it is convincing. Finally, the last option in the menu displays the palette again. From there, just take a screenshot of any of these pages and let others draw conclusions about how the green song will sound, thanks to Spotify Palette.

Tinder Brings Back Work Mode With Some New Features