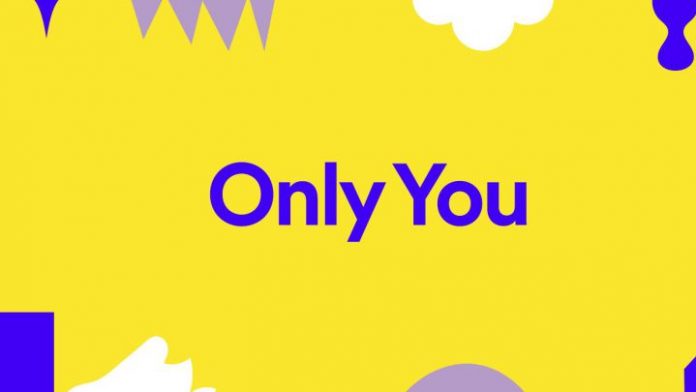 Spotify: Playlists are the most important for those who want their songs to play when they want. In addition, they help all the songs that are all together those that you consider. But sometimes you need a little help to create these types of lists and for that will come the new Only You feature of Spotify.

New lists according to your demands on Spotify

One of the features that help you have all your songs in one place is the Spotify playlists. The application has many options to give you that not only takes the data from what you listen, but also asks you for advice to generate better groups with which to obtain better results. And that’s what the new Only You function consists of.

This feature has many ways of generating new musical experiences. For example, by opening Only You you can generate a perfect list for a dinner thanks to the choice of three artists. Other examples are entered in the year you were born or even in the time of day that you turned on the application.

On the other hand, the artists also have their own space in Only You thanks to the fans. According to the music application, each artist will have their own card to see what the fans of her favorite artists listen to, when and where.

The other improvement: Blend

But Spotify hasn’t stopped at giving users an upgrade to create playlists in seconds. The other feature that Spotify launches is Blend. It is currently in the testing phase and is essentially a new way for two people to share their music and create a new playlist. Yes, this can be done manually, but using Blend speeds things up a lot. This is an Ia that will help you generate shared playlists in a matter of seconds, taking the most successful songs from the two users.

You just have to create a new playlist, invite a friend and in a matter of seconds you will have at your disposal a new list where you can listen to the latest songs added. In addition, the list is updated daily and the order may vary or add new songs to the list. Best of all, it works with all users, whether Free or Premium, so any user can collaborate.

World War Z: Aftermatch To Be Released on PC and Consoles...