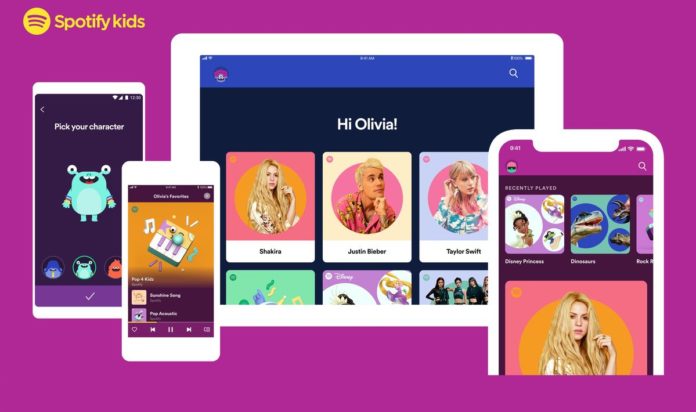 Spotify Kids, prepared by Spotify for children ages 3 and older, is available in some new countries such as the USA and France. Consumers have access to entertaining music that protects mental health for their children within the scope of this service.

With the development of the smartphone industry and the widespread use of the internet, dozens of innovations have entered our lives. In this context, one of the innovations in our lives has been online music platforms. Of course, when it comes to online music platforms, Spotify is the first medium that comes to mind. The platform, which has millions of paid subscribers, has now launched a new service called “Spotify Kids”.

Spotify Kids, as the name suggests, is a special version of Spotify developed for children. Users who want to take advantage of this service need to subscribe to Spotify’s Premium Family package. Users who subscribe to other Spotify packages cannot benefit from this service. In addition, the Spotify team does not offer a special subscription package for Spotify Kids.

Spotify Kids includes more than 125 playlists that are tailored for children ages 3 and up. The officials say that they manually prepare all of these playlists to ensure the safety of children and protect their mental health, so that little children can listen to fun songs. Spotify emphasizes that their new services will continue to expand in the coming years, both within the context of the song and the countries served.

Official photos of Moto E7 Plus and E9 Plus revealed

Chainlink whales turn the fall into such an opportunity

The best-selling model of the Galaxy S20 series surprised!