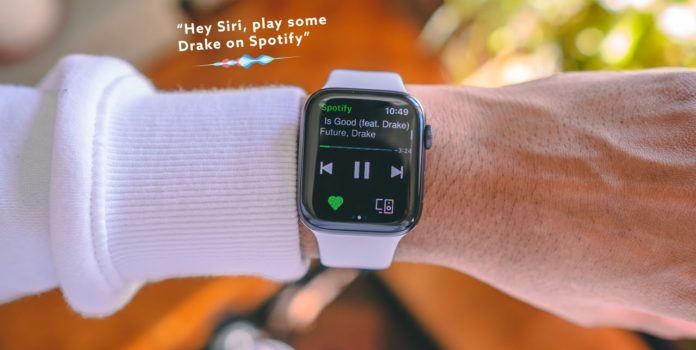 Over the past year, this feature, which is very useful for iOS users, came with the expected support for another Apple product. Spotify announced that Apple Watch is getting Siri support for the watchOS operating system with the update it made today.

Apple Watch users will be able to control Spotify with Siri:
Spotify introduced its application developed for Apple Watch in 2018. However, the platform lacked important features such as offline music listening and Siri support. With the support of Siri coming to the app today, Spotify has been fully available on Apple Watch.

Except for Siri support, not much detail was shared in the update notes section of the new update coming to Spotify. As in every update, it was stated that some errors were corrected and improvements were made in this update. Spotify also suggested that users turn on their automatic updates so they don’t fall behind.

Spotify, one of the most popular music listening platforms used today, has recently expanded the range of countries in which the Spotify Kids service it offers for children 3 years and older is offered. Spotify Kids had been available in the U.S., Canada and France, and a few other countries.