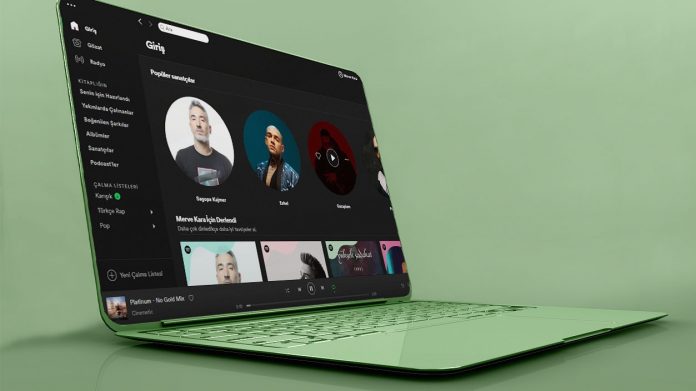 Spotify has released a new update for its Windows and Mac app. The digital platform, which offers Spotify premium subscribers the opportunity to download music, has previously only allowed this feature to be used in playlists. Those who wanted to listen to music offline had to first create a list and transfer the tracks there. The new update has simplified the download process by removing this requirement.

Spotify added “album download” function to its desktop application. Thanks to this feature that has been available for a long time on mobile, you will not need to transfer the music you want to download to the playlist. You will be able to save all the tracks in the album to your computer with a single click. Of course, Spotify new feature will be exclusive to Premium subscribers only. Free users will not be able to download other content than podcast broadcasts.

What you need to do to download the albums is very simple. Open the album in any artist’s profile and click the “Download” button in the upper right corner. Spotify will then save the songs to your computer’s internal memory over a period of time that varies depending on your internet speed. This way, you will be able to listen to the songs in offline mode or without a connection.

Spotify also made a few improvements to the home screen of the desktop app. He placed the search box at the top to the left. Also added to the ‘Library’ section, the feature of sorting songs alphabetically, by last played and by recently added. Thanks to the feature in question, users will be able to find the most listened songs more easily in the playlist.

Spotify, who also made changes to create and edit playlists, added a new search box to the application. The search engine integrated into the lists made it easy to find music and podcast broadcasts. Spotify stated that users can quickly add songs to their playlists by drag-and-drop. He also explained that it makes the list building process easier.

Spotify has made the update available on macOS and Windows platforms. He stated that Windows users who want to experience new features need to update the application from Microsoft Store or Epic Games Store, and Mac users from the following link. He also underlined that music lovers can use the service through the Web Player.