Home Tech Spotify Behind The Google Alarms Bug, So You Can Fix It Temporarily 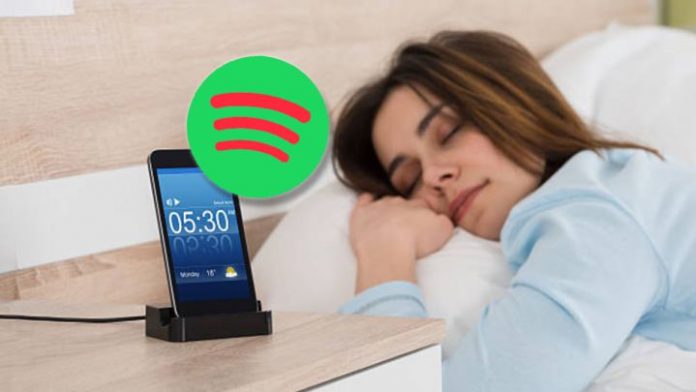 Spotify: In recent days, many users have seen their daily alarm stop ringing and they fell asleep. Specifically, it has been a failure in the alarms programs through the Google Clock application on Android devices that has caused many users to have lost their preset alarms. Well, Google has finally recognized the problem and is working to fix it.

The person responsible is none other than Spotify, the famous streaming music app installed on the vast majority of devices and that is not the first time that it interferes with the correct use of Google alarms on Android devices. As indicated by the source of the news, one of the latest Spotify updates would be the one to blame for these failures in the alarms set through the Google Clock or Google Clock app.

This tool is the one that Android uses natively so that users can set their daily alarms or even with repetition in time and that would have stopped ringing as a result of the arrival of this Spotify update. This problem affects those users who have some of their favorite Spotify songs set as an alarm tone.

Something that happens as a result of the famous music app being updated on August 24, so many users have updated the app from that day and have begun to encounter problems in their alarms. Google has already confirmed that it has detected what the problem is and is working to implement its solution, therefore, it is expected that very soon there will be a new update to the Google Clock application that will fix the bug.

Although the definitive solution is to wait for Google to solve it, the truth is that until then it is possible to solve the problem in a very simple way. Taking into account that to do this, we only have to go to the Clock application of our Android phone, enter the Settings and then, in the Alarm tone section, change our Spotify tone to one of the device’s own ringtones.

If you don’t like any of them, it is also possible to download some funny tones from certain applications and set them as the tone of our alarms, since the failure comes when we put a tone of any of the online songs that come from Spotify. This will only be necessary temporarily and until Google implements the solution in its Clock application, something that on the other hand should not take long.