Home Entertainment Sports Team Announces a Break For The “Near” Future 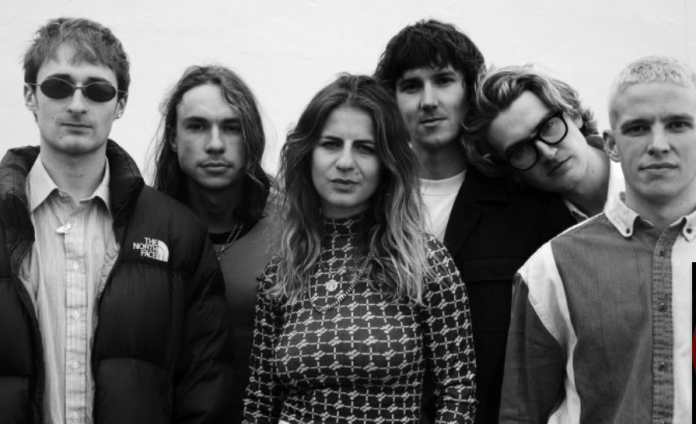 Sports Team ended the year 2022 by announcing that they are going to take a break in the “near foreseeable” future.

The band, who released their second album “Gulp!” this year, has been on an extensive tour for a year and is going to take a break in 2023.

They wrote to fans in a year-end newsletter: “I’ve been trying to do some math, and I think from the store performances to the headlining tour and various American hits, we’ve probably met 50,000 of you this year.

“So, when we finish, thank you to each of you who bought concert tickets, sang along to songs, lost phones, voices and skin in moshpits, wrote mysterious insults in a van or just greeted on the street. . The numbers on the screen have nothing to do with the throat-grabbing joy of going out to 10,000 people in a tent, or 100 in a store, or 50, a crowded bar of some old, sweaty pub.”

The group added: “For the last two years, we have spread out as thinly as our skin could stretch. It was excruciating, joyful, at times almost unbearably gloomy, but then for the moments of connection when you feel that everything is starting to work, perfect. It’s a cliche, but it’s actually the best job in the world. But, as with any job, sometimes you need a long weekend.

“So, in the near foreseeable future, we will take some time to sit in the dark, see our family, eat from a plate with cutlery, keep our hands clean and tidy, sleep in the same place for more than a night. , and rent some distant Bon Iver hut to release the heartbreaking and chart-crushing album number three that the culture so dreams of.”

As for the future, they concluded: “We’ll be back with new music, new shows and, as always, the same old nonsense. “In the meantime, thanks for everything from your friends, Alex, Al, Ben, Rob, Oli and Henry.”

In the Gulp! review, NME wrote: “The sports team is just trying to have a good time. It’s a characteristic feeling given these times, and whether it’s the escapism of a live performance or their shared spirit, Gulp! sees the band continuing to build something to believe in.”

Last month, the group released a charity T-shirt of the England national team in protest against the World Cup in Qatar. The 2022 FIFA World Cup ended last weekend, but it was marked by criticism of corruption, and Qatar’s views on homosexuality and the alleged deaths of thousands of migrant workers also caused a negative reaction.

Announcing their charity T-shirt, Sports Team wrote: “Today is Qatar 2022, which means there has never been a better time to buy a counterfeit T-shirt where absolutely 0% of the profit will go to FIFA.”

Snoop Dog revealed that a rapper would work in GTA 6