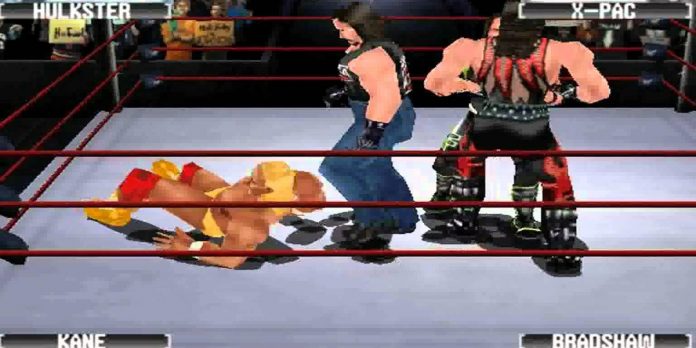 The August addition of Wave Race 64 to Nintendo Switch Online’s growing library of retro games is a welcome development. Released in 1996, the revolutionary jet ski racing opened its eyes to the future of 3D games. It also represents the first standalone sports game available in the N64 Expansion Pack subscription service for Nintendo Switch Online, with the exception of Nintendo games such as Mario Golf. and Mario Tennis.

There are many other classic sports games that gamers would like to see along with Wave Race 64 in the coming months. From American football to wrestling, Nintendo has successfully partnered with sports games over the years, and we hope that adding some of these classic retro games to the library of content available to Nintendo Switch Online subscribers is only a matter of time. its an extension package.

Hockey games are not an incredibly popular genre outside of North America, and, with the exception of diehard hockey fans, most gamers do not pay attention to the fact that they exist at all these days, despite the fact that developer EA is still releasing new annual games, the latest of which is the upcoming NHL 23. However, in 1998, when NHL 99 came out for the N64, it managed to attract a wider audience thanks to an exciting gameplay that didn’t take itself too seriously. Combined with the arcade-style feel, the game has received an impressive visual upgrade over its predecessor and is still well played for those lucky enough to have a copy.

Madden NFL 99 was an important event for the franchise, as it became the first game in the series in which the now standard franchise mode appeared. It really pleased the NFL fans and ensured the popularity of the series. Apart from this improvement, Madden NFL 99 looked good and the gameplay offered an experience combining realism with a light arcade feel that satisfied fans of both camps.

When WWF No Mercy was released for the N64 in 2000, at the height of WWE’s popularity, it quickly became a cult. The sequel to WWF WrestleMania 2000 brought many improvements over its predecessor, including new game modes and an increased list of superstars, including the likes of Stone Cold, Steve Austin and The Rock. N64 and publisher THQ have already earned a reputation for producing high-quality wrestling games, starting with WCW vs NWO: World Tour, and No Mercy was the culmination of this. Despite the blocky graphics of the game, thanks to the gameplay, which remains incredibly intuitive and balanced even by today’s standards, many consider it one of the best wrestling games ever created.

All-Star Baseball 2000 was a real step forward for baseball games when it was released for the N64. It was one of the most beautiful games on the console, using every ounce of the N64’s graphics capabilities. The gameplay was also groundbreaking, allowing players to control the direction of hitting the ball. There aren’t many new games in baseball these days, despite rumors that Konami is working on a new game with the World Baseball and Softball Confederation. Despite this, All-Star Baseball 2000 is one of the best baseball games of that period and can be a worthy addition to the Expansion Pack library.

One of the classic sports games that is often overlooked is 1080 Snowboarding, released as an exclusive for the N64 back in 1998. Focused on high-octane snowboarding races filled with adrenaline, it combines speed and agility, as gamers must complete races as quickly as possible. and also successfully perform tricks and stunts. The game has a pretty steep difficulty curve, which may put some people off, but mastering it gives a great sense of satisfaction. While it has been re-released for the Wii U online store in recent years, 1080 Snowboarding has not yet appeared for the Switch, but including it in the expansion pack will change that.

This is just a small part of the huge catalog of sports games released on Nintendo consoles over the years, and there are undoubtedly many more that will be a great addition to the Nintendo Switch Online Expansion Pack. Time will tell which of them will join Wave Race 64 in Nintendo Switch Online, which will allow players to experience them again and again.