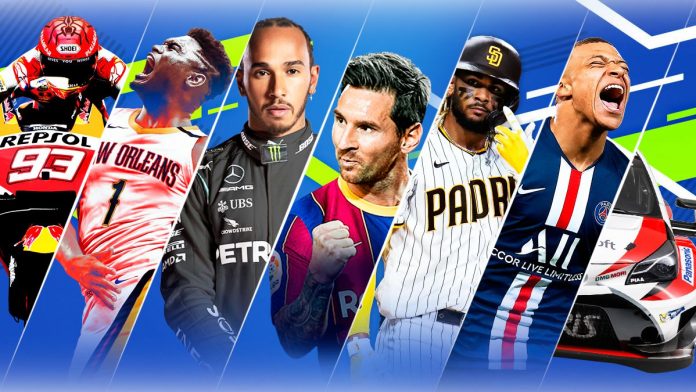 Sports games: We review the sports calendar in the video game throughout this 2021, from the new installment of FIFA to the consolidated F1 2021. The sport remains one of the great genres of the video game. Every year we see the arrival of the main annual installments, with sagas such as FIFA, Formula 1, MotoGP or MLB The Show. However, these names are only the spearhead of a calendar packed with activities. Some have already been released; others, on the other hand, tend to take advantage of the summery setting to show the first brushstrokes of their project.

If you are a sports lover, you will have to make your calendar for the remainder of 2021. In this piece we will dedicate ourselves to pointing out the big names that you should not lose sight of, either because of their importance or because of the license they deal with. Get ready to jump on the grass, start engines or hit the pedals.

You can read our progress here

Codemasters returns like every summer to launch its dose of Formula 1. The work of the British reached its highest rating last 2020, with a delivery that received a rating of 9 out of 10 in this house. A year later the situation is different. On the one hand, F1 2021 will be the first installment to debut on the new generation consoles; on the other, it coincides with his recent union with the Electronic Arts group.

The main novelty of this year resides in Braking Point, which acts as a story mode. In it we will immerse ourselves in a narrative experience through three years of competition, from the beginning in F2 to gradually climbing in the highest category. In the rest of the game modes we can expect improvements in My Team, being able to play cooperatively via the internet in the trajectory mode and the start of the real season, which will put you in the last Grand Prix played in real life. For more information visit our preview.

Platforms: to be determined

EA Sports will not miss his soccer date. The FIFA franchise will arrive like every year, following the rhythm to which we are accustomed. Although no official data has emerged so far, the movements of Electronic Arts suggest that we will see it during the next EA Play Live 2021.

The event of the American publisher will be held on July 22, 2021. The main show will have a preview starting at 19:00 CEST.

Platforms: to be determined

Konami marked in red this 2021 as the year of the leap of Pro Evolution Soccer to the new generation. After a season that brought a mere template update, the team took this extra year to adapt its premiere on PS5 and Xbox Series X | S. It will be accompanied by a change in the graphics engine, now under the Unreal Engine seal.

We know that the next edition will pursue photorealism on recently released consoles, although the last generation will continue to have its space. Beyond these information, in recent weeks a test has appeared in the digital stores of PlayStation and Xbox. Under the name New Football Game ‘Online Performance Test’, at no time does the publisher refer to it as PES 2022, but as a test of its next video game. The swords are raised: we will know more details on July 21.

Free Fire MAX: How to Download and Play for Free on...