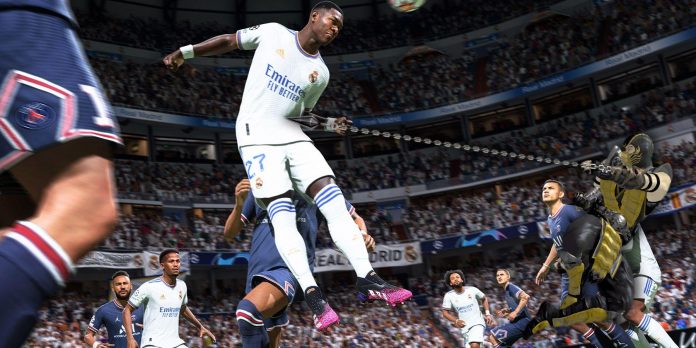 Sports games have been around since the very dawn of the gaming industry, dating all the way back to 1958, with one of the first games ever created, Tennis for Two. In 1969, Sega’s Grand Prix hit arcade floors, laying the groundwork for all future racing games. By the time video game consoles had reached the home, sports games were a dominant force in the industry, with just about every big publisher having their own take on baseball, football, soccer, and basketball. Now, sports games are a common sight, but despite vast advancements in video game technology, sports games don’t hold the same weight as they once did, with AAA titles like Mortal Kombat taking more of the spotlight.

Simply put, the sports video game market is oversaturated. While a few unique sports titles manage to slip through the net of mediocrity every year, the market is usually flooded with annual sports releases that, while extremely well known, haven’t truly innovated on their formula for a decade or longer. Not all annual sports series are completely unoriginal, but the usual suspects, FIFA, Madden, NBA 2K, and WWE are all generally considered to be lazy cash-grabs. It’s time for the sports video game industry to look to other titles for inspiration, and Mortal Kombat, surprisingly, has plenty of lessons to teach.

Sports Games Should Stop Releasing On a Yearly Basis

Sports games should stop releasing on an annual basis. This isn’t a revolutionary statement, as every year the same discussion takes place, with critics and gamers coming together to debate whether a new FIFA or Madden is needed or even wanted. But despite the general consensus being that a new game isn’t needed this year, many still go out and buy it, even despite spending months telling everyone around them that this is the year they give it up. As a result, all publishers see is the revenue that the game brought it that year. With microtransactions making up a good bulk of the experience, the companies continue to profit from the game for 12 months until the cycle starts once again.

Video game publishers won’t stop releasing their sports games annually so long as fans continue to drop the cash every year. But just because the game sells well doesn’t mean it’s received well, either by fans or by critics. It’s widely considered that the mid-late 2000s was the pinnacle of annual sports games. Titles like FIFA 10 and Madden NFL 2004 are still hailed by fans as the best entries in their respective franchises, even over a decade later.

These titles innovated on their predecessors, and introduced new features that genuinely impacted the experience for the better. Since then, it’s felt like these franchises are just pumping out the same experiences every year. The marketing for annual sports games pretends that the upcoming title is completely changing the series, when in reality just a few more players or animations are being added to what is essentially the same game, but re-skinned.

After a brief break, Mortal Kombat returned in 2011 with its ninth mainline entry, simply titled Mortal Kombat. Acting as a reboot of the franchise, Mortal Kombat took the series back to its basic roots, streamlining the game’s mechanics while also ensuring that it was complex enough for a modern age fighting game. By allowing the series to breathe, NetherRealm was able to take the time to experiment, and create a game that pleased by newcomers, and long-time fans.

The last two Mortal Kombat games have both released four years after their predecessor, with Mortal Kombat X coming out in 2015 and Mortal Kombat 11 releasing in 2019. With four years between entries, the franchise has managed to remain in the public consciousness, but hasn’t overwhelmed the market, meaning that fans are kept excited for the next entry. Taking breaks from the franchise also gives the developer the chance to create new IPs, which can become majorly successful in their own right, such as NetherRealm’s Injustice series.

Sports games need to take this lesson from Mortal Kombat. Sports games are currently where the MK franchise was in the 2000s, with annual releases blurring together and making fans feel like the next entry isn’t worth investing in. If FIFA, Madden, NBA and all the other annual sports titles just took a year or two off, the developers would finally have a chance to sit back and think about the future of the franchise, and how the formula could be reinvented.

RELATED: Every Sports Game Releasing Within The Next Year

Every Entry Should Bring Something New

One of the big points of criticism for modern annual sports games is that each new entry is simply just a re-skinned version of the last game, with barely any visual, performance, or mechanical upgrades over its predecessor. While the developers may put an extra career mode in, or even add a fan-favorite feature from an earlier entry back into the new game, it’s never usually enough to justify the full retail price tag, especially when last year’s entry holds up just fine.

To really move these franchises forward in a significant way, sports games developers are going to need to ensure that every new entry has a set of features or modes that are completely new, unique, and innovative. Again, the Mortal Kombat series is the perfect point of inspiration for this. The last decade of Mortal Kombat has seen three mainline games release, each of which have boasted their own set of game modes and features, and each has provided more than the last. Unlike sports games, the last few Mortal Kombat titles have barely removed any fan-favorite features. Instead, they’ve only added to the formula.

2011’s Mortal Kombat acted as the perfect restarting point for the franchise, offering just enough complex gameplay mechanics to remain engaging and modern, while still ensuring that they were completely accessible to newcomers. Mortal Kombat X took this groundwork and built upon it, adding even more challenge towers and Krypt content, while also introducing a faction system which incentivized online play and making its story more of a focal point. Mortal Kombat 11 continued to build, improving upon all three of these modes and introducing an intricate gear system to boot. Every new Mortal Kombat adds features that will keep even long-time fans coming back time after time, and that’s exactly what annual sports franchises need to do right now.

Mortal Kombat 11 can be played on the PlayStation 4, PlayStation 5, Xbox One, Xbox X/S, Nintendo Switch, and PC.