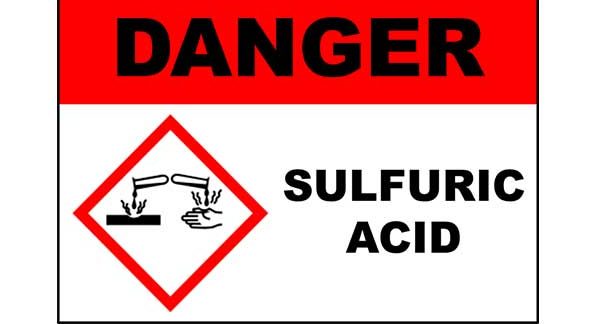 A YouTube channel called Limitless Science wondered how sulfuric acid can affect toilet paper. The channel, which wants to satisfy this curiosity and share its experiences with its subscribers, surprised everyone with its experiment.

With the widespread use of the Internet and especially online video platforms, we have often come across interesting images. Content producers or people who have interesting ideas do not neglect to share the video on the internet while doing what they think. In this way, viral content often occurs.

Now we will tell you about a new video that went viral in a short time. This video shows what toilet papers, one of the indispensable products of our lives, can become a chemical.

The substance that causes the toilet paper to evolve is sulfuric acid, which is known as one of the strongest acids in the world. A YouTube channel called “Limitless Science”, which has been experimenting with sulfuric acid recently, wanted to learn how sulfuric acid would have an effect on toilet paper. The experiment did not produce the kind of result anyone expected.

We have already mentioned that sulfuric acid is strong enough. In this context, we can all predict that if it touches the organs such as skin or eyes, there may be big problems. But would you ever think that a similar situation applies to toilet papers? So much so that Limitless Science’s experiment reveals how sulfuric acid turns toilet paper into a completely different substance.

Video showing the interaction of toilet paper with sulfuric acid

V has become a fiery student and is driving ARMY crazy

Does the LG G series replace the cheap Galaxy S20?

Research That Shows The Results That You Receive When You Search...