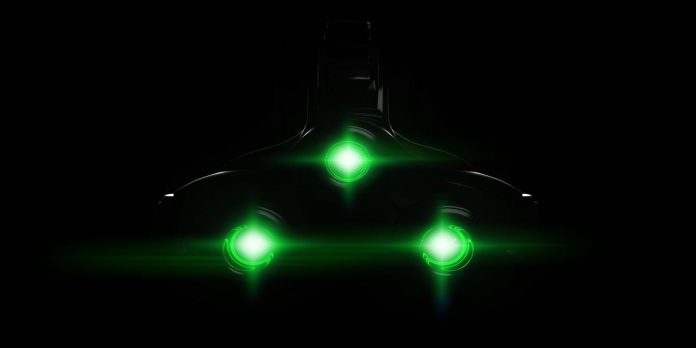 Ubisoft has officially announced the return of Sam Fisher in the Splinter Cell remake, and while many fans are excited about the franchise update, there are still a lot of concerns about the development of the game. On the other hand, if Ubisoft Toronto manages to solve the fans’ problems, the Splinter Cell remake could become a strong title in the stealth gaming community.

The first Splinter Cell was released in 2002, and it paid special attention to stealth gameplay. However, later sequels deviated from the basic design of the stealth game, for example, Splinter Cell: Double Agent and Splinter Cell: Conviction, which allowed players to focus more on combat than stealth to achieve game goals. While this design philosophy broadened the appeal to a wider audience, some believe it was a step away from what made Splinter Cell attractive in the first place. In a tweet touting the new posts, Ubisoft Toronto claims it will remake Splinter Cell from scratch, but the studio is currently facing its own contradictions. Over the past few years, Ubisoft Toronto has experienced a large turnover of staff, and among their complaints, employees have indicated sexual harassment and a toxic work environment.

The dispute with Ubisoft in Toronto is still ongoing

Ubisoft has been making headlines about employee abuse for many years, and in 2020 Ubisoft conducted an internal survey that showed that almost 25 percent of employees had personally witnessed or been victims of misconduct. At the moment, several Ubisoft Toronto employees have been fired or dismissed as a result of disagreements. According to the report, many employees faced harassment and sexism and believed that the ongoing systemic changes were not enough to fix the toxic working environment in the Toronto studio. Such problems can negatively affect game development and make marketing and creative solutions difficult for the team working on Splinter Cell and other games.

Balance between traditional and innovative gameplay

The Splinter Cell franchise has often had to compete with the Metal Gear Solid series for attention in the stealth gaming community. To stand out, the first Splinter Cell introduced gameplay innovations in which lighting and sound influenced stealth. Other elements, such as the acrobatic maneuverability of the franchise’s protagonist Sam Fisher and the use of various gadgets, strongly focused the gameplay on avoiding detection.

In contrast, more recent games, such as Splinter Cell: Conviction, have tried to attract a wider audience by moving away from the stealth design of the progression and using a gameplay more battle-oriented. Although the new combat design appealed to some players who were new to the franchise, other longtime fans believed that Conviction had lost touch with its roots. Many aspects of the old Splinter Cell games are very lacking, for example, the iconic Fisher jump, which has not been seen since Splinter Cell: Chaos Theory, therefore, the return of these features and basic ideas would reassure many hardcore fans.

Ubisoft Toronto will have to carefully balance its design choices, such as how to bring back the stealth-oriented appeal of the first game while still retaining some of the appeal of aggressive combat seen in later games. For example, the weapons in the first Splinter Cell were not as accurate, and the enemies were quite complex compared to some later games, so much attention was paid to stealth and destroying enemies in close combat. Considering that in Splinter Cell: Conviction, Sam Fisher had smoother and faster motion animation, and he could destroy several enemies at once thanks to the execution function; as a result, the gameplay could be more easily adapted to an aggressive style of play.

Fortunately, there are already blueprints for well-balanced games for gamers who like to be able to both stealth and combat. The most recent game in the franchise, Splinter Cell: Blacklist, combined the design philosophy of past games to give players a choice. The design of the environment, the animation of the characters and the artificial intelligence of the enemy were created to encourage a stealthy approach, but the ability to attack the enemy head-on was still acceptable. This balance of design ideas can make the Splinter Cell remake unforgettable and will appeal to both new and long-time fans.

A remake of Splinter Cell is in development.