Home Entertainment Splatoon 3 Splashes With A New Trailer; Will Have Story Mode And... 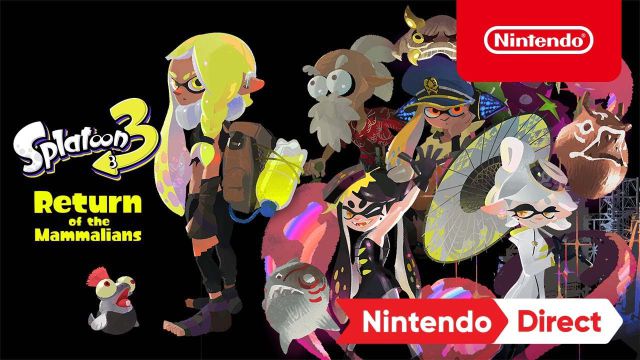 Splatoon 3: Nintendo confirms that the game will arrive in 2022 for Nintendo Switch and will bring with it a new story mode. Mammals are about to return. Nintendo has shown a new trailer for Splatoon 3 at the Nintendo Direct. After its presentation last February, the long-awaited third installment of the Nintendo multiplayer saga will land on Nintendo Switch next year 2022 accompanied by a single-player story mode; this time not as DLC, but in the base game.

After an extended gameplay, it is explained to us that the game takes place in the region of Tintelia, inhabited by sea creatures such as squid and octopus. We will find buildings from different periods, thus giving a distinctive touch to the desert setting and giving meaning to the nature of the new settings. Mammals are back. The rules will not change from previous Splatoon games; what does change is the number of weapons, possibilities and the expected campaign mode, which will have its own plot designed for a single player experience.

Nintendo will release the Nintendo Switch OLED model on the market on October 8, which for the first time in the company’s history will use an OLED screen, thus improving contrasts, color intensity and overall image quality. The panel grows to 7 inches (it used to be 6.2) and is compatible with the original Joy-Con, since the chassis is the same size, thus reducing the console frames. It also improves the sound, now more optimized; plus a wide adjustable back panel for improved grip in tabletop mode. Those looking for more internal storage will have a total of 64 GB available in this OLED model, double than before. It will have a price of 349.99 euros.

On the other hand we have Nintendo Switch (2019 model), which drops in price to 299 euros with a pair of Joy-Con included. For those who prefer to play in portable mode, the best model is the OLED version, whose dock also has a LAN port to play online via cable. This version will be more oriented to those who only look for the game on TV. Finally, Nintendo Switch Lite, the only portable solution that is currently priced at 219 euros. It is smaller (5.5 inches of screen) and has a less autonomy than the previous two.

In total, until June 30, Nintendo has sold more than 89 million Nintendo Switch; a figure that continues to grow quarter by quarter with the forecast of exceeding 100 million units sold before the end of the fiscal year, which will bring its figures closer to those of the Wii, which it will exceed in a matter of months. How that sales rate will be affected once the Nintendo Switch OLED arrives on the market is something that we do not know.