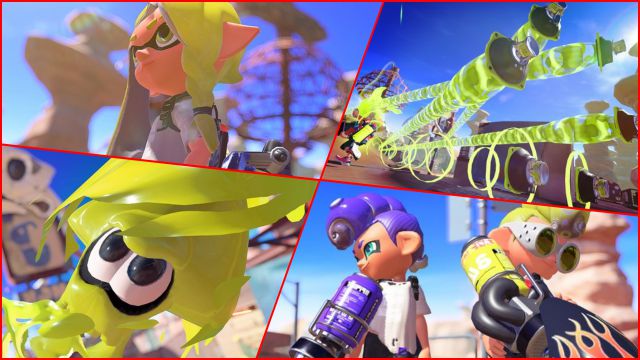 The title will go on sale in 2022 exclusively for Nintendo Switch. Nintendo Spain breaks down the information of the trailer with news.

Nintendo Spain has offered new details of Splatoon 3 through its official Twitter account. The video game, exclusive to Nintendo Switch and scheduled for 2022, will arrive with news yet to be confirmed; but little by little we are seeing what has happened in the ancient Chromopolis and what happens with this kind of desert region. We already have a name for the new city.

Welcome to Tintelia, the Splatoon 3 region

According to Nintendo, Splatoon 3 “has the new and sunny region of Tintelia”, which stands out for “harsh weather conditions and hostile environments” where the Inkling and Octarians come to “enjoy their unique culture.” In other words, it is a territory on the fringes of Cromopolis. They explain that “it is a super popular place among the Inkling and the Octeurs. They say the development of the city got a boost shortly after Final Fest was over. ”So, in case there was any doubt, Splatoon 3 takes place immediately after the second part, originally released on Nintendo Switch in summer 2017.

Territory battles will be back with the same rules: whoever paints the scene with more ink before time runs out, wins. There is a difference, now the battles will reach “to the wild areas” that surround Tintelia, not just the city. Splatoon 3 will have a new way to enter the battlefield, with a kind of drones in the air, as we see in the photos. In turn, the Inklings have learned new tricks and aerial tricks. “They can also swim up the wall through the ink and jump out when they get to the top.”