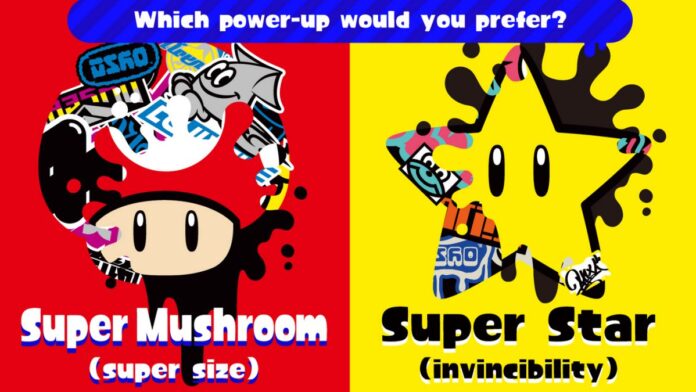 Being a nod to the 35th anniversary of Super Mario, it may be a little late, but the announcement of a new Splatfest is always a cause for joy. Nintendo had confirmed the event months ago, back in September, when Super Mario 3D All-Stars was launched, but for one reason or another, the company has been postponing it until a few days ago it was finally able to confirm the final dates. The Splatfest that will face Team Mushroom and Team Star will take place on the third weekend of 2021, specifically between Friday, January 15 and Sunday, the 17th. It will be then that we return to Splatoon 2 to ink the weapons and fight a duel defending what is better within the plumber saga, if the mushrooms that make us grow or the star that gives us invulnerability. In addition, if we register for the Splatfest on the Nintendo website, we can participate in the contest for two commemorative coins with drawings of Super Mario and Splatoon.

At first Nintendo ended the Splatfest in July 2019, when we said goodbye to them with the following article: “Goodbye, old friend.” But to our surprise, a year later the company announced its return, although with events that were much longer in time and with repeated themes. Thus we have had three new Splatfest in 2020: May vs. Ketchup (May 2020), Chicken vs. Egg (August 2020) and Trick vs. Treat (for Halloween). We’ll see if the Super Mushroom vs. Super Stars with which 2021 starts is used to have at least four during the next twelve months. It would be a nice last boost for Splatton 2, ranked in the top 10 best-selling games on Nintendo Switch (with 11.27 million units sold) and worthy of a third installment in the not-too-distant future.