Home Entertainment Spiral: Saw | Release Date, Trailer and Everything You Need To Know 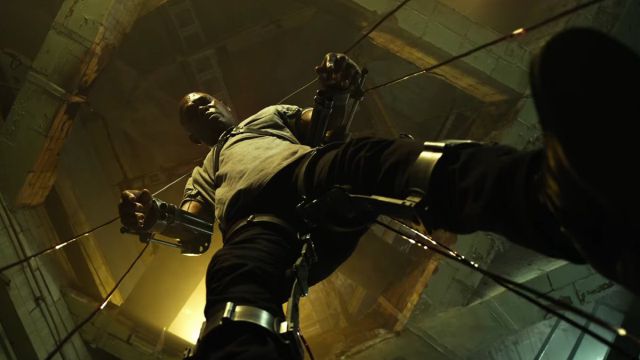 Spiral: Saw, Spiral: From The Book of Saw hits theaters as the ninth film in the series. We tell you the essential details of the long-awaited movie.Spiral: From The Book of Saw is one of the most anticipated releases in the world of cinema for this spring. The ninth film in the cinematographic saga started in 2004 by James Wan now receives its ninth episode after Saw 3D (2010) and Jigsaw (2017), the last two productions of the official timeline, since they all share a universe and, in many cases , also characters. Let’s know the release date and the most important details of this Spiral: Saw.

Spiral Saw, when is it released in theaters?

Spiral: Saw, which feels like a reboot for the franchise, hits theaters throughout Spain this May 21, Friday, by the hand of DeAPlaneta. The new installment of the horror series reawakens one of the most influential film licenses of the genre in recent decades; this time directed by Darren Lynn Bousmann and looking to build on the foundations of the 2017 film. You can watch its premiere trailer in Spanish below.

This time we put ourselves in the shoes of Zeke, a detective played by Chris Rock, who will be in charge of investigating together with William (Max Minghella) different murders that recall the always fearsome past of the city where the actions of the murderer Jigsaw were breathed. Zeke will accidentally find himself in this killer’s game; any mistake, of course, will be just deadly. Will he make it out of this alive?

In the United States, Spiral: From The Book of Saw has debuted with a box office above $ 8.7 million, slightly below the publisher’s estimates, which were above $ 10 million.

“Crash Course in Romance” Topped The Rating of The Most Popular...