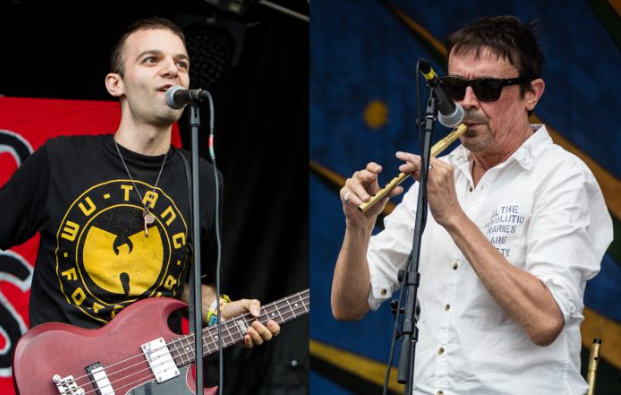 Spider Stacy from Pogues recorded vocals for a new holiday song by New York punks So So Glos called “It Could have Been Christmas”.

Stacy, who sang and played whistle in the Pogues from the band’s inception in 1982 until their first breakup in 1996, and then again from 2001 to 2014, begins the song with his signature whistle.

Then So So Glos frontman Alex Levin paints a grim portrait of the holiday season in the Big Apple. “I’m sure it’s warm in southern California / but in New York they light the Christmas tree / They sell drugs outside the Salvation Army / next year you and I may have hope,” Levin sings. Listen below:

Given the themes of the song and the fact that the former Pogue is involved in it, it’s hard not to consider this track as a kind of spiritual analogue of the Pogues’ 1987 Christmas hit with Kirsty McCall “Fairytale of New York”.

“We wrote this Christmas song during a time of isolation and total uncertainty,” Levine told Rolling Stone magazine about the song — So So Glos, the first since 2016’s “Going Out Swingin.” “This illustrates the discrepancy between the festive mood and the gloomy reality.”

“Fairytale of New York” by The Pogues is arguably the best Christmas song of all time, and therefore it’s a great honor for us to have Pogue on tin whistle and vocals, keeping this punk holiday spirit in it.”

Speaking of “Fairytale of New York,” it was reported earlier this month that BBC Radio 2 will play a song without controversial homophobic slurs for the first time this holiday season.

“On Radio 2, we reflect what we hear from many of our listeners who like the song, but who in 2022 find some of the lyrics unpleasant, and we play an alternative version provided by the record company,” the representative said.

90-Day Bride: Julia reveals why She was Separated from Brandon Gibbs

The Simpsons: Springfield is getting Smaller (it’s hurting the series)