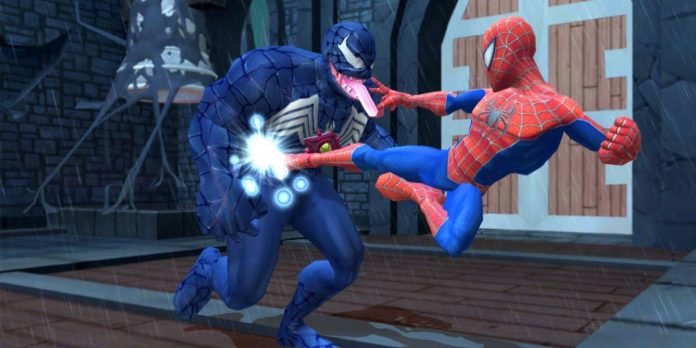 Before Sony and Insomniac entered the Marvel scene, Activision was the primary publisher of Spider-Man-related video games. During his time as a publisher, many Spider-Man games were released, and not all of them were good. Most of the games served as movie adaptations, but some titles were original Spider-Man stories. One of these original games was the beat ’em up game known as Spider-Man: Friend or Foe, and it gave Spider-Man fans a decent treat.

Spider-Man: Friend or Foe, released in 2007, was a new Spider-Man story unrelated to Sam Raimi’s trilogy of films, although it borrowed character designs from the films. He followed Spider-Man as he fought some of his greatest enemies and an invasion of dangerous creatures who wanted to rule the world. There was nothing special in the plot, and the gameplay is far from innovative. However, the title was still fun, and modern mechanics can make this game as good as possible. Insomniac Games seems to be the studio leading the Spider-Man games, but that doesn’t mean there isn’t room for another Spider-Man game.

Spider-Man’s Friend or Foe was a decent time

“Spider-Man: Friend or Foe” introduced players to a world invaded by creatures known as Phantoms. These creatures have captured and taken control of most of Spider-Man’s greatest enemies. Spider-Man had to travel the world to fight his enemies, as well as recruit new allies. The story was a standard Marvel doomsday storyline that fans had been expecting for years, but the game still had something special up its sleeve.

The gameplay was focused on a two-player cooperative game in which each player would control an iconic Marvel character. As the story progressed, players recruited new heroes and villains to play for. Players can control characters such as Spider-Man, Venom, Iron Fist, Doctor Octopus, Green Goblin and other popular Marvel characters. Each of these characters also had a technology tree that allowed the player to level them up and give them even more opportunities to play.

Being able to control all these different Marvel characters was the highlight of the game, as there was nothing innovative about the gameplay itself. Players chose the character they wanted to control, as well as their partner, and then got to the beat ’em up level. They will travel through various three-dimensional levels and fight various enemies using the superpowers of the person they control. The game also had boss battles, which led to the emergence of new game villains. The gameplay could be fun at times, but it also seemed very repetitive and sometimes too simple.

Friend or foe needs a remake

With all the criticism of Spider-Man: Friend or Foe, a full remake will only benefit. Right now, Spider-Man’s IP address is mostly in the hands of Insomniac Games, and he’s doing a pretty good job of releasing fun adventure games following the main character. The studio is not going to stop, but this does not mean that it is impossible to release a game about Spider-Man beat ’em up. Releasing such a game would give Spider-Man fans other games to turn to while they wait for the next chapter in the Insomniac story.

Spider-Man: Friend or Foe wasn’t an awesome game, but it was still a decent treat. The concept of managing various heroes and villains in a beat ’em up game with two-player co-op seems like an easy win. If the developer takes the concept and adds modern mechanics to it, while eliminating some shortcomings, then this decent game can be great. The foundation has already been laid, and now the developer just needs to use it and create a fun Spider-Man game unrelated to the Insomniac universe.

The developer will need a little work to create a great version of Spider-Man: Friend or Foe, but it’s possible. Many Marvel fans want to be able to control their favorite characters with their friends, and Friend or Foe has given them exactly that. With a few changes and updated graphics, Spider: Man Friend or Foe can become quite a fun Marvel game.