Spider-Man: The British actor avoids commenting on the appearance of Andre Garfield and Tobey Maguire, although he acknowledges that he would love to meet them. The presence of Tobey Maguire and Andrew Garfield – the actors who played Peter Parker in the Sam Raimi and Marc Webb films, respectively – in Spider-Man: No Way Home is anyone’s guess by now. It is perhaps the biggest secret of the Jon Watts film scheduled for this December 16, since all the answers to the question of his possible appearance are ambiguous and confusing. This time, the leading actor Tom Holland has once again doubted his presence and has described them as his “lost brothers”.

“I would love to share the screen with them one day”

In other words, those people with whom you feel you have a special bond … but who are missing. The renowned British actor acknowledges that he would love to see them in the same scene in the future. Will Spider-Man: No Way Home be the time to see all three on screen at the same time? We will soon know.

THE SPIDER-MEN: As the reigning Spider-Man, @TomHolland1996's spidey-sense connects him to previous web-slingers Tobey Maguire and Andrew Garfield. #SpiderManNoWayHome pic.twitter.com/AdRFW1Obcl

“I guess we are friends. We have met at parties and we have seen each other around, “begins saying Holland in an interview with AP Entertainment. “We ran into Tobey the other day in a restaurant and we are the only three people who have played this character on the big screen, so there is a relationship between us,” he explains, knowing that there is “a common bond between the three of us. “, So that, when they see each other,” we feel like a lost brother. ”

A few days ago he also saw Andrew Garfield in Los Angeles, California. They hugged and it was a nice situation. “I would love to share the screen with them one day. Unfortunately, I don’t think we can ever wear the suits together, but it would be nice to make a movie with both of them, ”he finishes. We do not know if he says it on purpose knowing that it will be in No Way Home or if he means it. 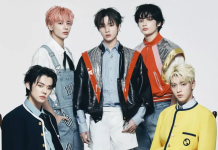 TXT Describe Their Admiration For BTS and KARA, Excitement About The Upcoming Comeback, The Band’s Goals and Much More 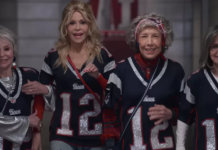 Twitter Users Are Just Learning About The Plot of The Tom Brady Movie “80 for Brady”, and They Have a Lot of Thoughts 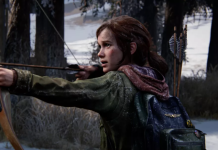 Developer Phasmophobia plans to make the Game Scarier with a Future...

Internet Users Are Fascinated by The Beauty of Jeonghan From SEVENTEEN...