Home Entertainment Spider-Man: Tom Holland Explains Why He Will Need A New Suit After... 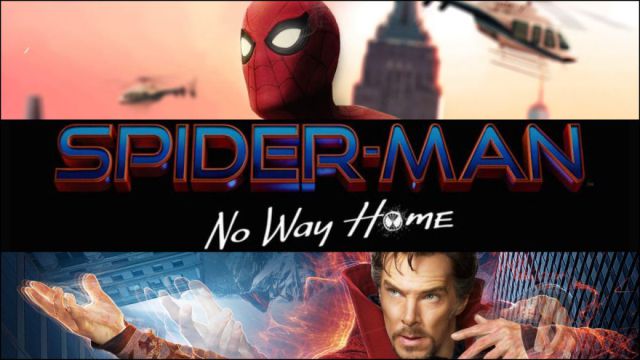 Spider-Man: Apparently, the end of the film will force Peter Parker to resort to a new outfit for future appearances in the Marvel Cinematic Universe. Spider-Man: No Way Home opens this Thursday, December 16 and the excitement is already felt in the atmosphere. The film set to become the biggest cinematic premiere since the pandemic began is surrounded by secrecy and mysteries, enigmas that in just a few days will be known to all lovers of the character. Tom Holland, the protagonist in charge of playing Peter Parker, has assured that at the end of the film he will find himself in a situation that will force him to think about a new suit for future adventures.

Spider-Man: No Way Home, how much will he raise? Pre-sale records

“When you see the end of the film, [Spider-Man] is going to need a new suit, he will definitely need a new suit,” Holland said during a live broadcast on the social network TikTok. In fact, in the second extended official trailer for Spider-Man: No Way Home (which you can watch here), it can be clearly seen that there is a moment when his spider-man outfit is clearly damaged, ripped apart.

We do not know why Peter Parker will have such a hard time, but it is already confirmed that the gap that opens with the multiverse will welcome Doctor Octopus, Electro, Lizard, Green Goblin and Sandman, at least.

Spider-Man: No Way Home opens only in theaters on November 16. The film has broken sales records in advance tickets during its first twenty-four hours in Spain: more than 130,000 tickets in pre-sale. This same week it has been revealed how long the film will last, the third starring Spider-Man in the MCU.

A Zelda fan has created an impressive pumpkin lantern in the...