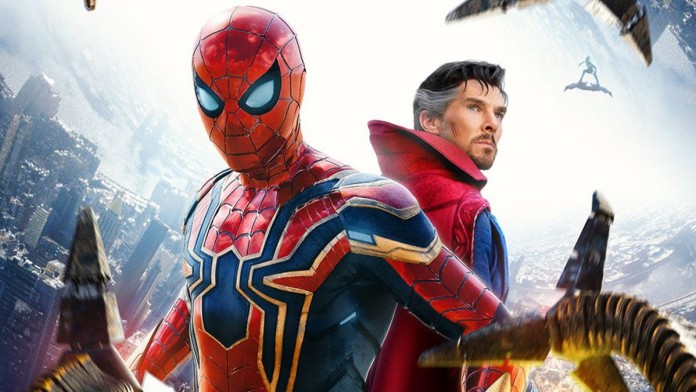 Spider-Man: No Way Home: The new installment of Marvel’s arachnid superhero presents its new trailer in a few hours, sharing a new promotional image with Doctor Strange. Spider-Man: No Way Home, the new cinematic installment of Marvel’s arachnid superhero as part of the UCM, will premiere its new trailer in a very few hours, specifically during the early hours of Tuesday through Wednesday in Spain time. And to celebrate that soon fans will be able to see what seems to be the definitive and most revealing preview of what this new Sony Pictures film with Marvel Studios has in store for us, those responsible have shared a new poster starring Spider-Man with Doctor Strange, again with nods to the villains of the Spiderverse around him.

So much so, that Sony Pictures has confirmed again that the second trailer for Spider-Man: No Way Home will be shared on Wednesday at 2 a.m. peninsular time, or what is the same, during the early hours of Tuesday morning. next Wednesday. And it is that those responsible have prepared a fan event in the United States scheduled for Tuesday, November 16, 2021 at 5 pm PST, the equivalent of the aforementioned peninsular time of 2 am in the morning from Tuesday to Wednesday.

The trailer is expected to last between 2 and 3 minutes for an event lasting about 8 minutes in which other surprises are expected; What will these surprises consist of? We’ll have to wait for the event to find out what Sony Pictures has in store for Spidey fans. Meanwhile, we already have a new official synopsis that we detail below.

“For the first time in the cinematic history of Spider-Man, our hero, neighbor and friend is unmasked and therefore no longer able to separate his normal life from the enormous risks that being a Super Hero entails. When he asks Doctor Strange for help, the risks become even more dangerous, forcing him to discover what it really means to be Spider-Man. ”