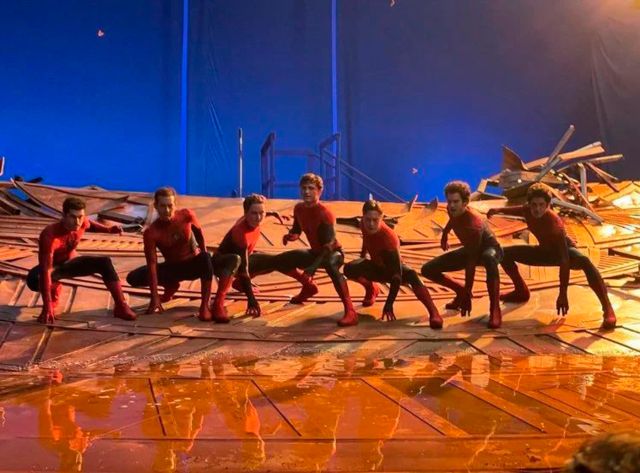 Spider-Man No Way Home: A photograph of the filming set of the latest film of the arachnid superhero with the three cinematographic Spider-Man along with their doubles comes to light. Spider-Man: No Way Home, among other things, has been the gateway to the Marvel multiverse in a big way to the MCU, with the more than prominent presence of the three cinematic Spider-Man so far, that is, Tobey Maguire from the Sam Raimi saga, Andrew Garfield from The Amazing Spider-Man saga and Tom Holland from the MCU. And although Marvel Studios and Sony Pictures have already published official images of the film with the three actors together, now comes a new unpublished photograph of the film’s set in which we see up to seven Spider-Man together; yes, seven.

The photo of the Spider-Man that nobody expected

This has been published by the Mexican cinema chain Cinemex, sharing a photograph of the production in which the three main actors appear dressed in their respective Spider-Man suits along with their different action doubles, also dressed in their work suits. These are the usual doubles who perform the most dangerous stunts or scenes as in so many other action movies, although this time the image could not be more surprising.

As we can see, both Tobey Maguire and Andrew Garfield had their own stunt double; but it is that Tom Holland had two doubles, as can be seen in the photograph. By the way, said photograph corresponds to the final battle at the Statue of Liberty.

Despite the importance of stunt doubles in productions of this type, Tom Holland himself recently admitted that in Uncharted he had shot the most difficult scene of his career as an actor. “The sequence where I fly out of the plane with all those boxes, we had to shoot it for about five weeks almost every day. There were times when I was more than 30 meters from the ground tied to a box that does not stop moving, and basically I hold on until I end up letting go, “explained Holland. 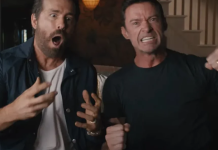 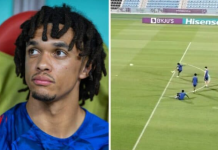 RHONY Legacy: Jill Zarin Says Dorinda Could Be a Problem for...