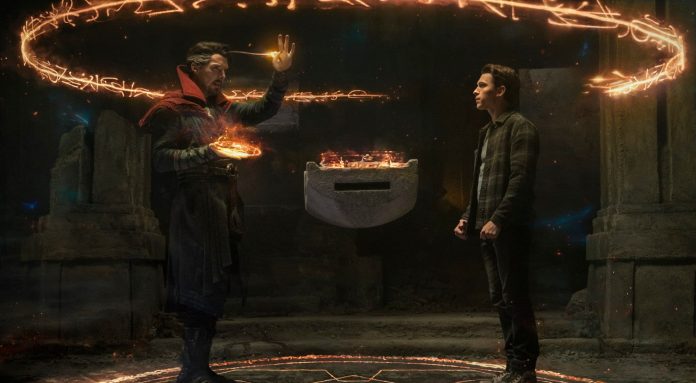 Spider-Man: No Way Home, the most anticipated production of the Marvel cinematic universe, finally showed itself. The film, whose trailer was leaked in the past days, managed to increase the excitement of the fans. However, the first official video came from the production, which was especially on the agenda of social media.

Sony, one of the producer studios, shared the trailer of the highly anticipated movie on its official YouTube account. The content, which is the edited version of the leaked video, managed to make a huge impact in just 24 hours.

Spider-Man: No Way Home, which is expected to be among the biggest productions of the year, broke a record that is hard to reach in the number of views. The highly anticipated production reached 355.5 million views in the first 24 hours. The previous record holder belonged to the Marvel movie Avengers: Endgame. Endgame, which is a larger production than Spider-Man, had 289 million views on the first day.

In fact, this interest in the film is not surprising at all. Because the official information about the production, which will be published in December, was shared shortly before. Theories, in particular, have constantly raised the expectations of the fans. However, the answers that were not given to the rumors brought the question to mind.

The trailer, in which many villains in the old Spider-Man movies were displayed, managed to double the excitement. The production, which has now been counted down, will apparently continue to be talked about for a long time.

The production, which stars Tom Holland, Benedict Cumberbatch, Zendaya, Alfred Molina and Jamie Foxx, will be directed by Jon Watts, who directed the first two Spider-Mans. It is possible to see old Spider-Man characters such as Tobey Maguire and Andrew Garfield in the movie where the theories flow like water. The allegations, which were never denied, became stronger with the bad guys in the trailers.

The Marvel front is also very hopeful from Spider-Man: No Way Home, which has become the only agenda of the fans. With the fourth phase, the studio aims to place the character even more at the center of the universe. Let’s see what the production will offer us in the coming days, which will be released on December 17.

What are your expectations from the new Spider-Man movie? Do not forget to share your views with us.