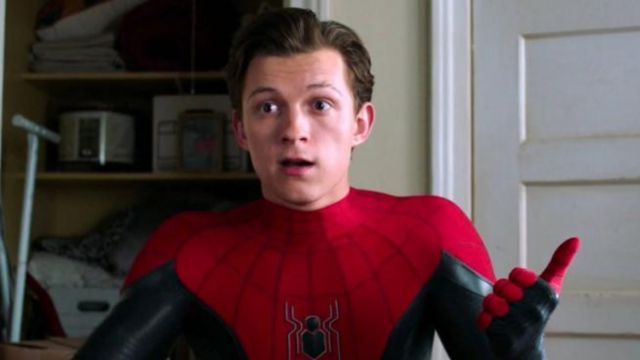 Spider-Man No Way Home: The actor in charge of playing Peter Parker reacted with skepticism when he learned about the branch of this new Spider-Man film scheduled for December. Spider-Man: No Way Home is one of the most ambitious productions that are remembered in the Marvel Cinematic Universe, an event in which we will see not only invited characters like Doctor Strange, fundamental in the activation of the multiverse, but also for what that will happen in it after the appearances of Doctor Octopus and Green Goblin, among others, in its shocking first trailer. The first surprised with the outcome of the plot was Tom Holland, the popular actor in charge of playing Peter Parker.

This first trailer is synonymous with records. With more than 355 million views in its first 24 hours alone, it has generated all kinds of conversations about what will happen in Spider-Man: No Way Home and whether the presence of seemingly impossible characters in the UCM, such as Venom, will be confirmed. In any case, Holland thought it was crazy what the team of Jon Watts had prepared, accompanied by Chris McKenna and Erik Sommers in the script work.

“When the idea was first proposed to me, I was like, ‘Wow, it would be amazing if we could pull it off. But it is impossible for it to work ”, he admits in a meeting with Empire. “You are not going to get everyone to do what they have to do. It’s just not going to happen. ” But it has happened. And it’s crazy, ”adds the 25-year-old Briton.

It is understood, therefore, that his impact on the UCM will be significant; Although for now we do not know if figures such as Andrew Garfield and Tobey Maguire, Marc Webb’s Spider-Man and Sam Raimi, respectively, will be present.

Even Ben Stiller doesn’t Know how many People have watched Severance:...