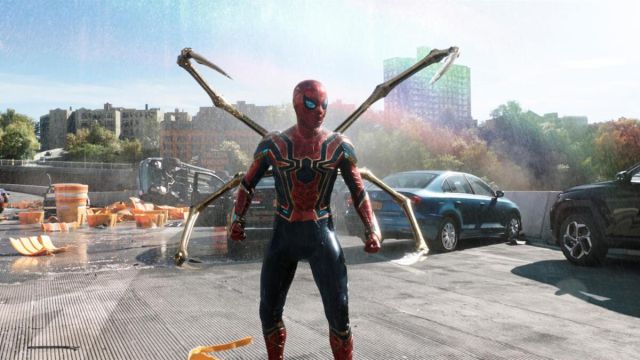 Spider-Man: No Way Home: Tom Holland, Zendaya, Jacob Batalon and Jamie Foxx ask fans to be respectful of the film’s plot spoils. Spider-Man: No Way Home is one of the most anticipated movies of recent years; the call to become the biggest box office in cinema since the pandemic began. Not only because it is Peter Parker’s new adventure in the Marvel Cinematic Universe, but because the film is full of mysteries, secrets and characters without revealing. That is why Sony Pictures is begging fans to be respectful when revealing plot spoilers on social media; be it Twitter, YouTube, Instagram or similar.

Because everyone will want to comment on the movie once they leave the room; including those who have the opportunity to attend the preview of Spider-Man: No Way Home throughout this week. But ruining surprises can be a splash of cold water for fans who want to discover everything first-hand. In the new video released by Sony Pictures we can see characters like Tom Holland (Peter Parker / Spider-Man), Zendaya (MJ), Jacob Batalon (Ned Leeds) and Jamie Foxx (Electro) urging fans not to reveal anything: Let’s put ourselves in the place of the other.

With more than 130,000 tickets sold in its first available 24 hours, Spider-Man: No Way Home has become the film with the best box office in advance ticket sales in the history of Spain. The emotion is felt in the environment.

At the plot level, the film takes place just after the events narrated in Spider-Man: Far From Home (2019). For the first time in the history of the Spider-Man films, the identity of Peter Parker has been revealed, leading to a great conflict between the responsibility of the wall-crawler as a superhero and as a teenager. His loved ones are in danger. That is why he asks for help from Doctor Strange to restore everything, but the plan does not work quite well and a hole opens in his world, a multiverse that will bring back iconic enemies such as Doctor Octopus, Green Goblin, Sandman, Electro and Long.

Spider-Man: No Way Home will be released exclusively in theaters this Thursday, December 16, 2021.

Twitter verification: what it is and how to order

Everything You Need to Know about Gundam Mobile Suit: The Witch...