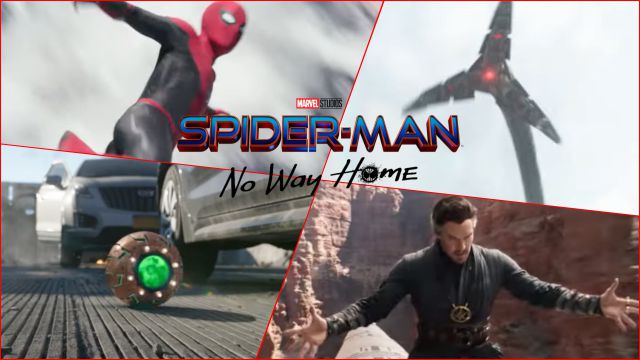 Spider-Man: No Way Home, Doctor Octopus, Green Goblin and Electro record their presence in Tom Holland’s film. First official trailer for Spider-Man 3 is here. Marvel Studios and Sony Pictures have released the long-awaited first official trailer for Spider-Man: No Way Home, the third Spider-Man movie in the Marvel Cinematic Universe starring Tom Holland as Peter Parker. After months of rumors, speculation and wishes based on the character’s previous forays on the big screen, the team of Jon Watts and Kevin Feige seem ready to confirm everything: the multiverse is already here and is part of the plot.

Phase 4 will reach its climax on December 17, there is no doubt. Three minutes of trailer that you can see at the beginning of this news and, as is usual in this type of advance, includes large doses of content that, perhaps, you want not to see until the premiere day of Spider-Man: No Way Home. We recommend not seeing it if you are sensitive to this type of spoiling, no matter how much Marvel itself includes them in their promotional materials.

Everything will start right where Spider-Man: Far From Home (2019) left off; specifically, the final stretch of the adventure. Mysterio is defeated and, thanks to his powers, manages to communicate to all of New York, through panels arranged throughout Manhattan, that the identity of Spider-Man corresponds to a young teenager named Peter Parker. That pressure will affect Peter’s life in Spider-Man: No Way Home; a seemingly irreversible situation … unless Doctor Strange says otherwise.

And that is where the plot of this film begins, with the attempt of a Parker, supported by MJ – with whom he apparently already has a more or less normal sentimental relationship – to reestablish a life in which no one knows what the identity of the wall-crawler is. . She wants to do it for him, for his loved ones and for the will that comes with his great power.

Doctor Octopus, Green Goblin, Electro … the Spiderverse is a reality

Peter will contact Doctor Strange in scenes that, as you can see, are full of references to the Infinity Saga. Sequences with Spider-Man wearing a black suit, warnings to Strange of the danger involved in activating the multiverse and … we get to the action. From here, three generations of character lovers meet in endless moments of action with Doctor Octopus (Alfred Molina), Green Goblin / Norman Osborn pumpkin bombs and Electro bolts (Jaime Foxx).

What will happen is something that is not yet confirmed. Tobey Maguire and Andrew Garfield, Sam Raimi and Marc Webb’s previous two Spider-Man, are missing, so we have to wait a little longer.

Spider-Man: No Way Home will be released on December 17, 2021 in theaters around the world.

Following Shang-Chi and the Legend of the Ten Rings this September 3 in theaters and Eternals on November 5, the MCU Phase 4 films are heading for one of Marvel’s most anticipated films since Avengers: Endgame.

The Flash: Cisco Says Goodbye to The Series in An Exciting...