Home Entertainment Spider-Man No Way Home: The Recreation Of The Spider-Man Meme Was Andrew... 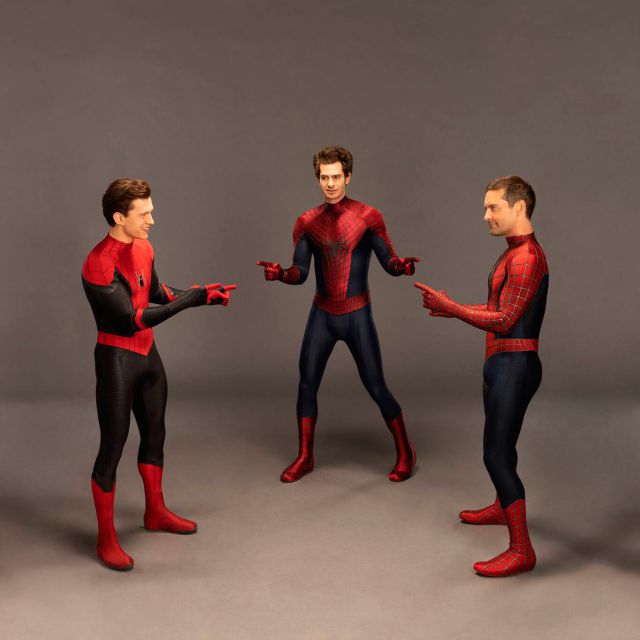 Spider-Man No Way Home: Sony Pictures shares a new bonus trailer for the arachnid superhero movie with outtakes, interviews and more. After more than two months of one of the biggest secrets in recent cinematic history (an open secret as a result of leaks prior to the premiere), finally Sony Pictures makes official the presence of the two previous cinematographic Spider-Man in Spider- Man: No Way Home, that is, the Peter Parkers of Tobey Maguire and Andrew Garfield, who have joined Tom Holland to open the doors of the Spiderverse in the cinema. And it is that coinciding with the official presentation of the domestic editions of the film, unpublished material from the filming has been published and among which is a nice photograph with the three arachnid protagonists imitating the iconic Spider-Man meme, pointing at each other. But whose idea was it?

New trailer for the bonus content of No Way Home

And it is that despite the fact that in the film there is a scene that is recreated in a much more subtle way, the three actors did not want to miss the opportunity to recreate the meme in a clear way, something that arose from the jocular mind of Andrew Garfield in full filming. This is how Tom Holland told Deadline: “Garfield had ideas like cracking Tobey’s back and he also came up with the idea of ​​pointing at us, it was all we came up with that day. It was so much fun to be able to play with three guys in Spider-Man suits… Sharing it with these guys will forever be one of the most special experiences of my career.”

So much so, that Garfield’s improvisation was key to achieving some of the funniest scenes in the film between the three Spider-Man; This is how the actor recently related it: “We were trying to figure out how we were going to make the meme of pointing at each other in some way, it took us a while, it happened naturally in that scaffolding scene with Peter 1, Peter 2, Peter 3, like others stuff”.

Do not miss the new trailer at the beginning of this same news of the extra contents of the Blu-ray and DVD editions of Spider-Man: No Way Home, full of outtakes and interviews with the actors.

Dune, How Did You Debut At The Box Office? First Details...