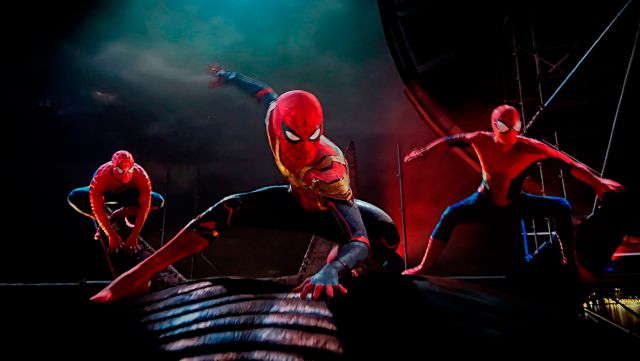 Spider-Man No Way Home: The arachnid superhero movie continues to sweep theaters and already exceeds Avatar in the US market: date in domestic format. Spider-Man: No Way Home continues to sweep theaters after almost two months since its release, positioning itself as the sixth highest-grossing film of all time and, now, even surpassing Avatar in grossing in the US market, becoming the third film highest grossing in US history. In addition, we already have a release date for the film in digital format.

Thus, the film directed by Jon Watts has already exceeded 760 million dollars in revenue, slightly surpassing the box office of Avatar at the time in theaters in the United States. However, ahead of the latest arachnid adventure from Marvel Studios and Sony Pictures are only Avengers Endgame and Star Wars: The Force Awakens, with their 858.37 and 936.66 million dollars, respectively, always speaking only of the market American.

Of course, it already seems practically impossible for you to climb more positions in the ranking, since according to experts it would be worth around 785 million dollars at the domestic box office, an equally impressive figure. Something similar happens with the world ranking, where despite having already reached 1,800 million dollars, it does not seem that it can climb one more position. Although if it had been released in China, it could surely have been ranked fourth or third in the world.

Finally, Spider-Man: No Way Home already has a release date in domestic format, in this case, digital only. Thus, the film would appear in digital stores on March 1, 2022 at a price of $19.99 and with juicy extras that fans expect like water in May. At the moment there is no release date in physical format, DVD and Blu ray.