Home Entertainment Spider-Man: No Way Home, Spoiler-Free Review. The Maturity Of A Dream 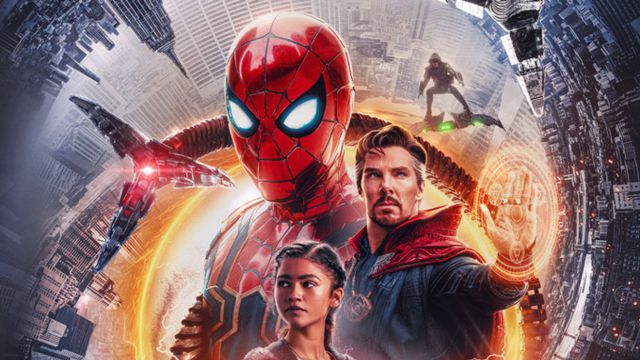 Spider-Man: No Way Home: The best Tom Holland movie in the Marvel Universe is also a wish fulfilled for the fans and, above all, a tribute to the figure of Peter Parker. Spider-Man: No Way Home is the biggest phenomenon of the year in the world of cinema, that halo of light that will detonate a massive return to theaters by fans of the Marvel Cinematic Universe. Some rooms that in 2019 were known to be triumphant with that Avengers: Endgame turned into an event. And here we are now, ready to relate our feelings without resorting to plot spoils, digesting a movie that tells you about second chances. A dream come true that is, above all, a great Peter Parker movie. Tom Holland is already a true Spider-Man.

Losing, accepting and understanding the responsibility of that mask

Finishing the trilogy of a superhero, whether or not its end, involves making decisions, conveying to the viewer that time does not pass in vain and, above all, giving cohesion to everything that has happened before to understand what is happening now. It seems that Jon Watts has wanted to adhere to that condition, that of defining a charismatic actor, unmistakable because of his charisma, but that he needed to know himself Peter Parker. In Spider-Man: Homecoming and Spider-Man: No Way Home we had two notable, but somewhat fuzzy, tales. A young teenager immersed in a comedy in which fun was taken as the flag. This third part divides its structure into three major acts, with the first of them as a touchstone to tell us about that context and take action with just seconds to catch a breath.

This is where the shell breaks, after the first thirty minutes really agile, fast, that close Far From Home and make you read between the lines that this film does not seek to repeat the superheroic formula of works like Captain America: Civil War, in which we also had a great gathering of characters divided into camps. Here the action is not superimposed on the plot, but No Way Home is a story of resolution and assimilation; a tribute to the figure of Peter Parker with more tears than smiles.

For the first time in a wall-crawler movie, his identity has been revealed to the world, with the risks that this implies for his loved ones and himself. The desire to reverse the situation is the leitmotif of all the footage; the key lies in how you get there and the consequences. Every great change involves a sacrifice.

Along with Spider-Man 2 by Sam Raimi, we are facing the film that best builds the character, which reflects on loss and makes the protagonist understand that with great power comes great responsibility. Chris McKenna and Erik Sommers convince with the script, which after that first act gives the feeling of wanting to get into too much trouble. To such an extent that you come to think that it will be impossible to close everything successfully in just two more hours. But it succeeds. He achieves this by using moments from the second third to delight with conversations that only those who have seen the previous installments will be able to interpret. And up to here we can read.

American Idol Star CJ Harris Has Died at The Age of...